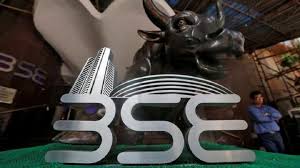 India’s three main stock exchanges said on Friday they would stop licensing their indexes and securities or providing data to foreign exchanges, saying such agreements had led trading to migrate outside of the country.

Foreign markets now offer dollar-based derivative contracts based on Indian indexes, shares and other securities under licensing agreements with Indian exchanges, allowing overseas investors to gain exposure to Asia’s third-largest economy without having to trade onshore.

Those licensing agreements will now be terminated with immediate effect, subject to notice periods, the National Stock Exchange, BSE Ltd and Metropolitan Stock Exchange said in a joint statement late on Friday.

The most popular of these contracts has long been the SGX Nifty 50 index futures offered by the Singapore Exchange under a licensing agreement with the National Stock Exchange, India’s biggest exchange. It tracks the NSE’s main index of its top 50 shares, the Nifty 50 index.

The actions would prevent SGX from offering the contract to overseas investors, who would be forced to unwind contracts and buy into domestic derivatives to gain exposure to India, a country that has become an emerging market darling, but has had disputes with foreign funds over taxes and regulations.

“The volumes in derivative trading based on Indian securities including indices have reached large proportions in some of the foreign jurisdictions, resulting in migration of liquidity from India, which is not in the best interest of Indian markets,” the Indian exchanges said in the statement.

The latest move will not apply to exchange-traded funds or similar products, the three stock exchanges said.

Although foreign investors have pumped more than $ 77 billion into India since 2012, exchanges have long felt they are missing out, because derivatives have been popular in Singapore, which is seen as offering lower tax and a more certain regulatory regime.

The action comes as SGX this week introduced trading in single-stock futures contracts for Nifty 50 components, which had raised fears it would significantly take away liquidity from India. SGX had previously focused on index derivative contracts.

Singapore Exchange could not immediately be reached for comment.

NSE Chief Executive Vikram Limaye said the step was in the best interest of Indian markets.

“We want to encourage flows into India, but we want to also make sure that liquidity doesn’t get fragmented from Indian markets into multiple jurisdictions,” he told the ET NOW TV channel.

Limaye added that under its contract with SGX it needed to provide a notice period of six months for termination.

Whether these investors would now be willing to come to India is uncertain. The country earlier this month imposed a 10 percent tax on capital gains in securities held for more than a year, dismaying foreign investors.

India already taxes equity investments held for less than a year at 15 percent and has a securities transaction tax, which makes it more expensive than most other major Asian countries.

The actions also come as a rout in global markets has hit Indian markets, with the Nifty 50 down nearly 3 percent this week, its biggest weekly drop since August. Foreign institutional investors sold a net $ 939.54 million in Indian shares over the last four sessions.

Indian regulators have also been cracking down on trading of offshore derivatives that track Indian securities, such as imposing restrictions on participatory notes, which had been a popular way for offshore funds to bet on India without actual onshore exposure.

The BSE has a licensing agreement with Dubai Gold and Commodities Exchange, although the volumes are only a fraction of Singapore‘s.