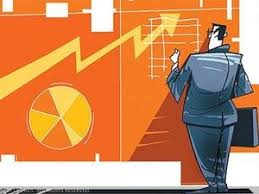 India’s economy should grow between 7 percent and 7.5 percent in 2018/19 (April-March) with exports and private investment set to rebound, the country’s top finance ministry economist said in the annual Economic Survey presented on Monday.

The forecast estimates that gross domestic product will have grown 6.75 percent in the current fiscal year ending in March.

Growth this year was hit by the chaotic rollout of a nationwide goods and service tax (GST) last year and a shock move to take high value currency notes out of circulation in late 2016.

The annual survey was released ahead of the government’s annual budget statement, due to be presented by Finance Minister Arun Jaitley on Thursday.

The survey warned that the coming year could be challenging, and cautioned that persistently high oil prices remain a key risk for a country that relies on imports for much of its fuel needs.