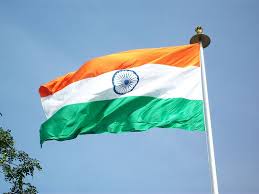 India’s government pledged on Wednesday to inject nearly $ 14 billion combined into all but one state-run lender by March in return for them implementing reforms, in a bid to boost lending and tackle a record bad debt problem.

The funds will be injected into 20 lenders majority-owned by the government, which together hold most of India’s record $ 150 billion in soured loans. Lenders with high stressed-asset ratios, such as IDBI Bank, will get a bigger portion of the money.

The government last October said it would inject a total of 2.11 trillion rupees ($ 33.1 billion) into its state-run lenders over two years. The 881.4 billion rupees announced on Wednesday will be injected by March, while the rest will be doled out over the next fiscal year.

India desperately needs its lenders to get their bad debts off their books so they can start doling out credit again, after economic growth has slid in recent quarters. State-run lenders account for more than two-thirds of the country’s banking assets.

But the government on Wednesday said lenders must implement a series of reforms to get the funds, including improving their due diligence, allowing specialised monitoring for loans above 2.5 billion rupees, and limiting the number of lenders that can group together to dole out loans.

Analysts had said mandating reforms would be critical to prevent banks from engaging in the same indiscriminate lending that led to the current problems.

“Capitalisation is dependent on the compliance of reforms.”

Of the funds to be injected by March, the government will raise 800 billion rupees by issuing recapitalisation bonds, which will not be tradeable in markets, and provide an additional 81.4 billion rupees from its budget.

Total recapitalisation will cross 1 trillion rupees this year, including sales of shares to external investors, he added.

The capital allocation will boost state banks’ ability to dole out credit by 5 trillion rupees, Kumar said, while another official said the bonds will not add to the country’s fiscal deficit as they will be accounted for under a separate system.

IDBI Bank, the lender with the highest stressed-loan ratio, will get the biggest chunk of the money at 106.1 billion rupees. Top lender State Bank of India will get 88 billion rupees, while second-biggest Punjab National Bank will get 54.73 billion rupees.

Analysts said that the injections were just one step in the long process to clean up India’s bad debt, and that the lenders’ final capital position will also depend on how they undertake the central bank’s directive to take nearly 40 large corporate loan defaulters to bankruptcy proceedings, which will likely involve haircuts on their loans.

Srikanth Vadlamani, vice president of the financial institutions group at Moody’s Investors Service, also noted that the reforms banks must undertake to receive the funds may not be enough.

“While some of these changes are steps in the right direction, we do not judge them to be meaningful enough to address the structural corporate governance issues facing these banks,” he said.

The reforms announced also include directing lenders to have a formal process to recover stressed loans and having a better risk framework. Kumar, the bank bureaucrat, gave only an overview and did not provide much detail.

Indian Bank, a smaller but profitable state-run lender, was the only bank to have not been allocated any capital in the latest round.