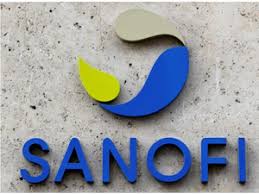 4 Reasons Why Sanofi Is Buying Bioverativ for $11.6 Billion

On Monday, the French health care group Sanofi said it would buy Bioverativ, an American drug maker that specializes in drugs that treat the blood condition hemophilia.

Sanofi will buy all outstanding shares of Bioverativ for $ 105 per share in cash, a 63% premium on Friday’s stock price. The deal will reportedly be worth a total of $ 11.6 billion, which some analysts have deemed “expensive.”

So why did Sanofi make the deal?

1. Targets, Targets, Targets
The Sanofi 2020 roadmap specifies growing the company’s portfolio (including in rare diseases such as hemophilia), launching new drugs, and investing further in R&D. According to Ashleigh Koss, Sanofi’s head of media relations for North America, this ticks those boxes and will help deliver shareholder value “by enhancing Sanofi’s sustainable revenue and earnings growth.”

2. They haven’t made a deal this big in seven years
Sanofi bought the U.S. biotech company Genzyme in 2011, but that was its last major acquisition. In the meantime, the company lost bids to buy other specialist drug companies to Pfizer and Johnson & Johnson. In recent years, major drug companies have demonstrated a renewed interest in smaller operators, a trend that some experts expect to deepen this year. If Sanofi is to compete, it’s going to have to get out of its acquisition rut.

3. Hemophilia is a growth market
Hemophilia drugs are worth $ 10 billion a year in worldwide sales. The rare blood condition, which is usually inherited, makes it difficult for blood to clot. Early treatment of the condition required blood transfusions, which sometimes led to further complications. Prophylactic treatments are now available, and the market is experiencing rapid evolution as new drugs are developed to treat the genetic condition. A gene therapy may be on the horizon.

Sanofi CEO Olivier Brandicourt also said in a statement that the acquisition would offer “a platform for growth in other rare blood disorders.”

4. Stocking up on intellectual property
Sanofi’s top-selling drug is Lantus insulin. The drug accounted for 13% of the company’s total sales in the first nine months of 2017 (or €3.5 billion of a total €26.4 billion). Sanofi’s patent on Lantus insulin expired in 2015, and since then cheaper and alternative treatments have entered the market. They recently won an antitrust lawsuit that claimed they had illegally tried to extend their monopoly, but their copyright is officially over and profits from the drug are expected to fall. Hemophilia drug innovations could be just the intellectual property they need to stay ahead.