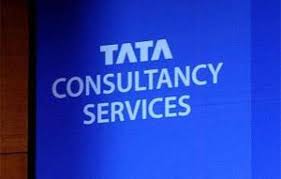 Western banking, financial services and insurance sector (BFSI) clients make up TCS’ biggest revenue stream but their low spending on technology has led to sluggish growth in the segment.

BFSI revenue dipped 0.4 percent as the company reported a 3.6 percent fall in net profit to 65.31 billion rupees ($ 1.03 billion) in the quarter to Dec. 31. This was TCS’ third straight dip in quarterly net profit.

Analysts had, on average, expected TCS to post a profit of 65.18 billion rupees, according to Thomson Reuters data.

TCS is the first of India’s listed software services exporters to report earnings for October-December and its numbers set the tone for the results season for the $ 154 billion outsourcing industry.

Its income from operations rose about four percent to 309.04 billion rupees.

TCS, part of salt-to-software conglomerate Tata group, said revenue growth from all segments was above 9.5 percent, barring retail and BFSI.

Weakness in the BFSI segment “indicates continued impact of change in sourcing strategy of a few important clients,” local brokerage Kotak Securities said in a client note after results.

The results come as Indian outsourcers are anticipating major challenges from visa restrictions on movement of personnel to the United States, their biggest market, under President Donald Trump’s administration.

Chief Financial Officer V Ramakrishnan said the company was not immediately concerned by work visa issues in U.S. as it had been preparing internally for any changes to the visa regime.

The Mumbai-headquartered company won its first 50 million plus deal for digital services.