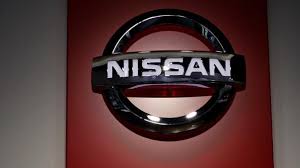 The world’s largest automotive alliance will invest as much as $ 1 billion to fund mobility startups over the next five years as it looks to make inroads with new technology at a time of rapid upheaval for the transportation sector.

“The way we’re organized now is not sufficient,” Carlos Ghosn, chairman of the alliance, said in a Bloomberg Television interview at CES in Las Vegas, citing a need for the creativity of startups and outside partners. “I don’t think we can do it alone.”

Read: ‘These Computers Can’t Fail.’ Why Autonomous Cars Are So Challenging, According to Nvidia’s CEO

Global automakers are seeking to marry their manufacturing prowess with the nimbleness of startups that are working on electrification, artificial intelligence and autonomous driving — technologies that are transforming the industry. The formation of the alliance fund follows similar moves by competitors including General Motors’s GM Ventures, BMW Group’s i Ventures and Toyota Motor’s Toyota AI Ventures.

The fund’s first strategic investment is in Ionic Materials, a Woburn, Massachusetts-based company developing cobalt-free solid-state battery materials that can be used in electric vehicles.

In September, the Franco-Japanese alliance announced plans to introduce 12 new purely electric vehicles by 2022 while extending the models’ range and cutting battery costs. It also plans to bring to market 40 vehicles with autonomous-drive technology.

“It is a classic approach but it should be put under the context that we are going to concentrate our efforts on electric cars, autonomous drive at different levels, ending with robotaxis,” Ghosn told reporters at a CES press conference in Las Vegas Tuesday. This fund “serves as an additional platform for what we want to do,” he said.

Read: This Company Is Set to Become a Driving Force Behind Fully Autonomous Vehicles

Renault and Nissan will each fund 40% of Alliance Ventures — which will be co-located in Silicon Valley, Paris, Beijing and Yokohama, Japan — while Mitsubishi will contribute the rest.

The $ 200 million initial venture capital investment is in addition to the more than 8.5 billion euros ($ 10 billion) in total annual research and development spending by the alliance’s members, according to their statement.

Major automobile makers have also been partnering with both small and established technology companies for robotaxis and self-driving cars. Volvo Car Group and Daimler AG have teamed up with Uber Technologies. Last week, Volkswagen (vlkpy) and Hyundai Motor (hymtf) paired up with Aurora, a startup formed by one-time executives from autonomous car projects at Google, Tesla, and Uber.