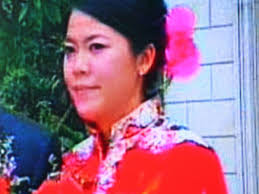 A share surge at Country Garden Holdings, China’s largest developer by sales, has sent Vice Chairman Yang Huiyan’s wealth up by $ 2.1 billion—and that’s just in the first four trading days of the year.

Yang, controlling shareholder of Country Garden, saw her fortune soar to $ 25.6 billion as of Jan. 5 to rank as the fifth-richest person in the nation, according to the Bloomberg Billionaires Index. That’s before Country Garden’s shares rose another 6.9% on Monday in Hong Kong trading, taking its year-to-date-gain to more than 16%.

The 36-year-old Yang is China’s richest woman and the nation’s youngest billionaire, according to the Bloomberg index. In 2005, her father transferred his controlling stake to her “due to his intention to train Yang Huiyan as the successor of his family’s interest” in the group, Country Garden said in its 2007 initial public offering prospectus.

Country Garden has been one of the beneficiaries of a boom in China’s property market, which has led to buoyant earnings and booming sales, especially for the nation’s largest developers. The company reported preliminary 2017 contracted sales of 550.8 billion yuan ($ 85 billion) on Friday, exceeding the 500 billion yuan target it provided in August.

Chinese developers including China Evergrande Group have also soared in Hong Kong trading, boosting the fortunes of their executives. Evergrande’s Hui Ka Yan, whose wealth is estimated at $ 38.2 billion by the Bloomberg Billionaires Index, is China’s third-richest individual after Alibaba’s Jack Ma and Tencent’s Pony Ma.