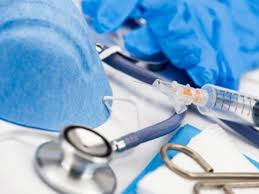 A member of the Indian parliament wrote a letter to Prime Minister Narendra Modi on Thursday urging him to cap the prices of 20 medical devices to bring down hospitalisation costs and make healthcare more affordable.

The letter follows government decisions earlier this year to cap prices of two other medical devices – knee implants and cardiac stents – which did not go down well with many in the healthcare industry. (reut.rs/2fmDSSh)

Public health experts, however, point to India’s high out-of-pocket spend and lack of health insurance as reasons for tighter control of drug and medical device prices.

“Currently, there are no restrictions on the healthcare charges in the country,” Dharam Vira Gandhi, a doctor and member of the parliament from India’s Punjab state, said in the letter, a copy of which was seen by Reuters. He called for more price controls to be imposed “at the earliest”.

Bhupendra Singh, Chairman of the National Pharmaceutical Pricing Authority (NPPA) – the agency that imposed previous price controls – declined to comment on the letter.

The agency has previously expressed the need to cap prices of more devices such as balloons — commonly used to prop open blocked arteries during surgeries. (reut.rs/2DkUy3J) It says its actions have been geared towards bringing down treatment costs.

But ensuring hospitals comply with the price caps has been a challenge, and the NPPA has earlier disclosed cases where hospitals were found to be overcharging, despite price caps.

Some in the industry, including the Medical Technology Association of India (MTaI) that represents many foreign medical device companies such as Johnson & Johnson, have questioned if previous price cap decisions have been successful in reducing cost to patients.

The MTaI did not immediately respond to a request for comment on Thursday, but in previous statements it has called for price caps on knee implants — imposed in February — to be reconsidered.

“This would save millions of families in the country from financial hardship and debt trap emanating from the huge healthcare costs,” he said.