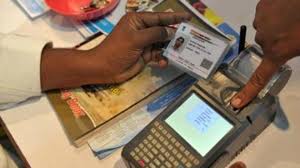 India on Wednesday dropped a December 31 deadline for citizens to link Aadhaar details to facilities such as bank accounts and telephone numbers, saying it would announce a fresh date later.

The move came as the Supreme Court hears a number of cases over a controversial identification project based on biometric details and rolled out by the government nationwide, known as Aadhaar.

Initially created to help citizens access government services, Aadhaar details have subsequently been deemed mandatory for the opening of new bank accounts and the provision of telephone numbers.

The approaching deadline has brought numerous reports of banks and telephone companies showering people with reminders, fanning the fears of many that the authorities may freeze their accounts.

On Wednesday, the finance ministry amended its rules on the India’s prevention of money-laundering act, saying a new deadline would be announced later. It gave no reasons for the change.