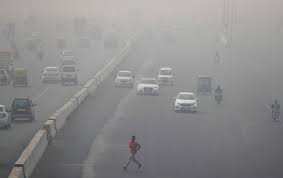 The oil ministry said all vehicles plying in the capital will have to move to the new fuel from April 2018 to reduce emissions.

In a statement the oil ministry said while Delhi will move to the new fuel called BS-VI next year, it has asked oil companies if they can introduce it for the national capital region of Delhi involving all its suburbs by 2019.

“This (new) measure is expected to help mitigate the problem of air pollution in NCT (National Capital Territory) of Delhi and surrounding areas,” it said in a statement.

On Wednesday, a U.S. embassy measure of particulate matter PM 2.5 in the air showed a reading of 265 for Delhi when the safe limit is 50, less than last week’s levels but still unhealthy.

Indian refiners are investing billions of dollars to upgrade their plants for producing Euro VI fuels. The new norms require gasoline and diesel to have a sulfur content of 10 parts per million down from 50 in the fuel currently in use.

“The government of India has been making concerted efforts to reduce vehicular emissions and improve fuel efficiency with an aim to reduce the carbon footprints and keep a healthy environment,” the oil ministry said.

The federal government is expected to issue a formal notification for advancing the roll out to next year.