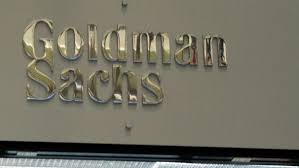 The top three leaders at the Federal Reserve have either left or will leave their posts soon.

New York Fed President William Dudley — one of the most watched policymakers on Wall Street — said Monday he will step down from his post in mid-2018, about six months before his term is set to end.

“Leading the New York Fed and being a member of the [Fed’s committee] has been a dream job,” Dudley said in a statement on Monday.

Dudley’s announcement comes four days after President Trump nominated Jerome Powell to become the next chairman of the Fed. Trump’s nomination means current Chair Janet Yellen must step down from her post in February when her term ends. Yellen can remain at the Fed as a governor if she chooses, however doing so would be unprecedented.

Since Trump only nominates governors at the Washington-based Fed, he’ll be able to nominate at least three positions and potentially a fourth if Yellen leaves the Fed altogether. There are two open governor positions right now and Fischer’s seat. Yellen would be the fourth.

The Board of the New York Fed will choose its next president because the boards of each of the 12 regional banks choose their leaders, not Trump.

It’s a rapid pace of change in the Fed’s ranks. Before joining the Washington-based Fed, Yellen had been San Francisco Fed President going back to 2004. Dudley joined the New York Fed in 2007 and played a critical role at the central bank as it devised a recovery plan after the financial crisis. The New York Fed is also one of the top regulators on Wall Street.

Yellen, Fischer and Dudley will probably be most remembered for leading the central bank when it lifted interest rates in 2015 after the Fed kept them at 0% for years following the financial crisis and Great Recession.

Since the initial rate hike in December 2015, Fed leaders have raised rates three more times. Another rate hike is expected this December.

All three of them have had tremendous influence on the global economy and financial markets. Yellen, Dudley and Fischer essentially determined the Fed’s monetary policy. Whichever way they voted — raise or don’t raise rates — the Fed went with them.

And what the Fed does matters to other countries too, since raising or lowering rates often affects the value of the U.S. dollar. Many nations take out debt that must be paid back in U.S. dollars. If the dollar goes up in value, that debt becomes harder to pay back.

Other global central banks also moved in tandem with the Fed’s low interest rate policy, which Wall Street dubbed “easy money.” The European Central Bank, Bank of England and Bank of Japan all slashed interest rates during the financial meltdown, and provided similar types of stimulus to their respective economies. Other banks, such as the Bank of Mexico, sometimes shifted their policy in response to the Fed.

Since the Fed started lifting rates in 2015, its counterparts around the world have also raised rates or removed stimulus.