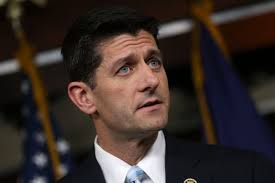 First, House Speaker Paul Ryan said that an additional top income tax bracket would be proposed to make it easier to maintain high tax rates on the very highest-income Americans. And second, proposals are being floated that would dramatically reduce the amount of retirement contributions that can be deducted from an individuals’ taxable income.

Ryan’s comments came in an appearance on CBS This Morning. He said a fourth tax bracket would be added to the plan “so that high income earners do not see a big rate cut, and that those resources go to the middle class.”

Previous versions of the Republican plan had only three tax brackets, down from the current seven, though the additional fourth bracket was mentioned as a possibility.

Without a fourth bracket, those with annual incomes above $ 418,400 could have seen a tax cut of nearly 5% from their current top rate of 39.6%. Ryan’s comments to CBS suggest they may still see a smaller reduction. He also said the plan would seek to eliminate “loopholes and carve-outs that disproportionately benefit the very high income people, the very well-connected businesses.”

However, another potential plank in the tax reform plan would be much less beneficial for middle-income Americans. According to the Wall Street Journal, a proposal circulating around Washington would reduce the amount of retirement contributions that can be deducted from an individuals’ taxable income from $ 18,000 a year for most workers to as little as $ 2,400.

That reduction would be in line with the GOP plan’s broader attack on various individual deductions. That includes the state and local income tax deduction, which the Senate voted to eliminate on Thursday, and the mortgage interest deduction.