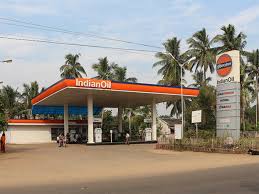 IOC had earlier planned to shut the refinery for 20 days this month.

“Due to a major job at the hydrogen unit, the refinery will be shut for about 45 days in March-April, when we will carry out maintenance at other units as well,” he said, adding that the shutdown has been deferred to meet local fuel demand.

The plan to defer the turnaround at Paradip is aimed at helping the company meet government-set crude processing targets, two company sources said. IOC carried out extended and heavy maintenance at some refineries in the last two-three months.