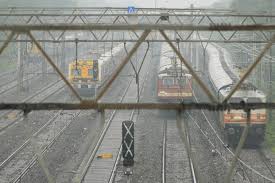 Indian monsoon rainfall below average and less than forecast

Rainfall in India’s annual monsoon season was below average and less than forecast, with some crop-growing central and northern states receiving less rain than needed, the national weather office said on Saturday as the rainy season ended.

Indian monsoon rains were 95 percent of the long-term average compared with the Indian meteorological department (IMD)’s forecast of 98 percent, marking the fourth straight year in which the IMD has overestimated likely rainfall.

The monsoon, which delivers about 70 percent of India’s annual rainfall, is critical for the farm sector that accounts for about 15 percent of India’s $ 2 trillion economy and employs more than half of the country’s 1.3 billion people.

India’s rainfall was below average mostly because of low rainfall in the oilseeds and pulses-growing central state of Madhya Pradesh and in the rice-growing northern states of Haryana and Punjab.

While rice output is expected to be down 2 percent compared with last year due to better irrigation in the rain deficient northern states, soybean output could fall about 8 percent, the government said this week.

The IMD for the first time adopted the so-called dynamic model, based on a U.S. model tweaked for India, to improve the accuracy of its forecasts.

IMD’s forecast for the 2017 monsoons was its most accurate since 2008, when there was a difference of only 1 percentage point between the forecast and the actual rainfall.

The weather office was similarly accurate in 2011, when the difference was 3 percentage points.