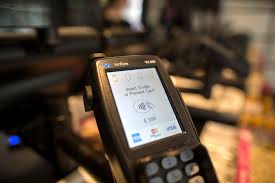 This $5.3 Billion Offer for Nets Is the Latest Sign of a Payments M&A Binge

The mergers-and-acquisitions flurry in the payment services scene is continuing, with Denmark’s Nets A/S revealing a $ 5.3 billion takeover bid by a company backed by U.S. private equity firm Hellman & Friedman.

Nets said at the start of July that it had received purchase offers and was reviewing its options. On Monday, it said the offer from Evergood 5 AS represented a 27% premium to Nets’ share price the day before it made that announcement.

In a Monday statement, Nets chairman Inge Hansen said the offer had already been approved by the holders of 46% of Net’s share capital as representing “attractive value.”

“Hellman & Friedman approached us in June, following which we received a number of other expressions of interest and held discussions with selected parties. Having considered all options available to us, including continuing as a listed company, we are satisfied that the cash offer of DKK 165 [$ 26.35] per share to all shareholders is the most attractive alternative available,” Hansen said.

Evergood 5 AS is a new company controlled by Hellman & Friedman’s funds, though other backers include Advent International and Bain Capital, which bought Nets in 2014 and took it public only last year. The Singaporean wealth fund GIC is also involved in the consortium.