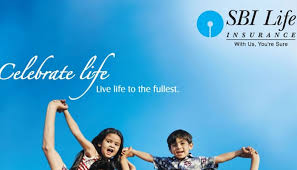 SBI Life Insurance Co Ltd’s initial public offering to raise 84 billion rupees ($ 1.3 billion), India’s biggest IPO in seven years, was subscribed more than 3.5 times on the closing day, strengthening the outlook for share sales in what is expected to be a record year.

With several more IPOs in the pipeline, some market participants expect IPO sales this year to exceed record $ 8.5 billion raked in 2010.

Three more insurers — HDFC Standard Life Insurance Co Ltd, state-run GIC Re, and New India Assurance Co Ltd — have filed for IPOs, which bankers expect to raise a combined more than $ 4 billion, although all three may not list by December.

Strong inflows from funds coupled with more retail participation in stocks have powered the main share index to a string of record-highs this year. The index has gained nearly 22 percent so far in 2017.

That optimism is also helping IPOs, analysts said, although they warned of high valuations.

“There is liquidity in the system and money is chasing stocks…It is the right time for IPOs,” said Jignesh Shial, a vice president of equity research at brokerage Quant Capital.

“Valuations for the insurance company IPOs are looking slightly stretched. So there may not be major listing gains,” Shial said. He noted that the scope to expand in the Indian market for insurance products made the stocks “very good” bets from a mid-to-long-term perspective.

SBI Life, which will be the second life insurance company after ICICI Prudential Life Insurance Co. Ltd to list, saw bids for about 29.5 million shares, or 3.56 times the 8.8 million shares on offer, stock exchange data as of 1215 GMT showed.

Anchor investors including Canada Pension Plan Investment Board and Singapore state investor GIC have already committed to subscribe to 22.26 billion rupees worth of shares.

The shares are scheduled to start trading on Oct. 3.