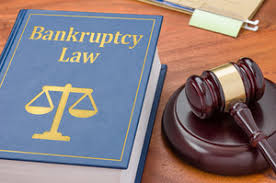 In late June, one of India’s top wind power equipment makers, Inox Wind Ltd, was dragged into insolvency courts by a logistics handler over unpaid dues of $ 88,000. Two weeks on, the matter was settled, with dues paid off.

The case illustrates how small creditors and vendors, previously at the mercy of large debtors, are now using India’s new bankruptcy code as a pressure ploy to secure payment of dues that would earlier have been all but impossible to recover.

India overhauled bankruptcy laws last year with the main goal of helping banks tackle a $ 150-billion bad loan issue that is crimping growth in the economy.

Less than a year on, insolvency professionals say it is vendors and small suppliers, also referred to as operational creditors, who are using the new rules as leverage to recover dues much more effectively than banks owed far larger sums.

“It is not necessarily a negative thing, but it was not the objective of the new code,” said Ashish Chhawchharia, a partner at Grant Thornton who works on insolvency cases.

They lay out a stringent timeline for resolution, or force debtors into automatic liquidation, giving outsize influence to vendors and suppliers who would normally rank well below secured financial creditors, such as lender banks, in any bankruptcy process.

But they have also stirred fears of a tsunami of cases jeopardising the plans of banks with billions of dollars at stake, and which are forced to join such proceedings.

“If an operational creditor initiates a process, that basically brings in unwilling financial creditors, even if they do not deem it the right time or course of action,” said leading insolvency lawyer Sumant Batra.

The court that handles such bankruptcy cases, the National Company Law Tribunal (NCLT), should first test the intent of any operational creditor making a bankruptcy plea, he added.

By comparison, RCom, as the company is widely known, owes nearly $ 7 billion to its banks, who have agreed to a standstill over its servicing obligations until year end, while the company attempts to restructure.

RCom said it plans to challenge the Ericsson plea.

About 1,000 insolvency petitions have been triggered since early 2017, when the first case was admitted under the new rules, but consultant EY estimates about 80 percent of these were withdrawn following out-of-court settlements.

About 60 percent of the cases brought to the NCLT are initiated by operational creditors, industry estimates show.

Sanjay Ruia, a Mumbai chartered accountant who took a holiday tour operator to bankruptcy court over unpaid audit and advisory fees, said the law had made it easier for creditors like himself who would formerly have struggled to recover dues.

Still, many fear the arm-twisting tactics could make life tougher for secured financial creditors, who must make steep balance-sheet provisions for loans to borrower firms entangled in bankruptcy proceedings.

For its part, Inox Wind, which settled the dispute with the logistics firm, remains a “solvent company with excellent financial health” and has been regular in servicing all commitments to its lenders, it said in a statement in July.