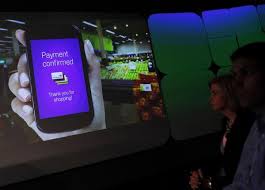 Alphabet Inc’s Google plans to introduce a localised digital payment service in India as early as next week, technology website TechCrunch reported, citing a report from news site The Ken.

The payment service, called Google ‘Tez’, will offer payment options beyond the existing ones like Google Wallet or Android Pay, the report said. tcrn.ch/2xlXLiO

Tez, meaning fast in Hindi, will include support for the government-backed Unified Payments Interface (UPI) and other consumer payment services including Paytm and MobiKwik, according to the report.

Google did not comment on the report, but sent a media invite for the launch of a new product for India on Sept. 18.

Google, Facebook Inc and WhatsApp Inc were in talks with the National Payments Corporation of India (NPCI) to provide UPI-enabled payment on their platforms, the Mint daily had reported in July.

The internet giant launched its payment app Android Pay in the United States two years ago.