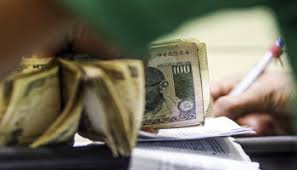 India reported fiscal deficit of 5.05 trillion rupees ($ 79.01 billion) for April-July or 92.4 percent of the budgeted target for the current fiscal year that ends in March 2018.

The deficit was 73.7 percent of the full-year target during the same period a year ago.

India aims to trim the fiscal deficit to 3.2 percent of gross domestic product in 2017/18 compared with 3.5 percent in the previous year.