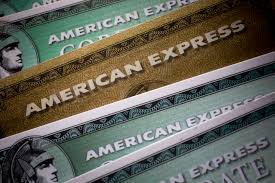 American Express is unveiling a new option that could tempt young, budget-conscious consumers into taking on credit card debt.

On Wednesday, the No. 1 U.S. card issuer by spending will roll out a feature that will allow customers to borrow for big purchases like furniture, medical expenses, airplane tickets or weddings, while separating those balances from everyday items like $ 2 cups of coffee.

American Express is also adding a feature that will allow customers to immediately pay for small purchases from their bank accounts.

Under the new option as many as 10 purchases of at least $ 100 each can be siloed into installment plans, American Express said. A $ 1,000 purchase, for example, could be covered in six monthly installments of $ 172.18 – costing an additional $ 33.06, or $ 5.51 a month, in finance fees. That is virtually the same as AmEx would charge in interest for a revolving balance on the account.

Other monthly spending would be interest free as long the cardholder pays in full by the due date.

Together, the options will allow cardholders to decide what purchases deserve interest payments and better manage their budgets in real time, said Jeff Chwast, head of global lending new products and capabilities at American Express.

“You’ll know exactly how much you’ll be charged before you set up the plan, which is very different than a normal credit-card revolve feature,” Chwast said in an interview last week.

In adding the features, American Express is responding to a generational shift that has hurt credit-card lenders.

Young Americans who grew up during the Great Recession and saw parents struggle with debt, or who faced their own problems with cards before the implementation of financial reforms in 2010, have eschewed racking up balances, industry research has shown.

At the same time, big banks such as JPMorgan Chase & Co (jpm) and Citigroup (ctig) have been enhancing rewards for spending on their credit cards and have taken market share from American Express (axp).

AmEx still has more spending on its cards than any other U.S. issuer, with 22.1% of the total last year, according to The Nilson Report. However, its market share fell from the prior year, partly because mega-retailer Costco (cost) shifted its jointly branded cards to Citigroup from American Express.

The test of whether its new features succeed may come down to whether debt-leery customers are willing to pay AmEx a little more for big-ticket items.

American Express is hoping the changes will lead more customers to use its cards and thereby increase company revenue, Chwast said.

“We believe customers will be taking out their American Express card to pay, rather than other cards,” Chwast said.