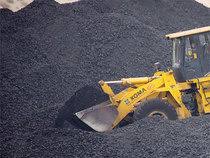 India’s Adani Enterprises said on Monday it plans to begin work in October to build the controversial Carmichael coal project in Australia, aiming to make its first shipment in March 2020.

The project has been delayed for years by court challenges from green groups and indigenous groups concerned about climate change, and the impact on native land and water supply, but those challenges have been rejected.

Adani, which uses coal to generate electricity for its power business in India, is trying to line up funding for the project by March 2018.

Adani said accommodation at the Carmichael camp reopened last week, setting the company on course to start work on the mine and rail project, which has been down-sized to A$ 4 billion ($ 3.2 billion) in its first stage.

The project in the remote Galilee Basin initially had been estimated at A$ 16.5 billion, but that included a much bigger mine and a port expansion, which has been put on ice.

Adani said 16 rooms at the camp are already open and a further 245 rooms would open by early September, along with other facilities, project offices, utilities and communications.

“Engaging with regional contractors has enabled us to be flexible and quick to get some of our construction infrastructure already operational,” Adani Australia chief executive Jeyakumar Janakaraj said in a statement.