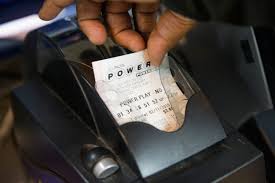 Powerball’s jackpot is currently the second-largest in history at $ 700 million, following more than two months of no jackpot wins in the twice-a-week drawings.

And while the odds have always been against the player, recent changes have made it even less likely that you will be the next big winner.

Read: Where the Money From the $ 1.5 billion Powerball Lottery Goes

In Powerball, each player needs to choose five numbers. With the odds of picking the right numbers lower than before, it is less likely that Powerball will be making big payouts—meaning that the total jackpot grows. Media coverage that fuels the excitement and “jackpot chasers” who join when the payout skyrockets help the amount climb even higher.

Read: Why So Many Lottery Winners Go Broke

But lottery players’ loss is a gain for states. The Associated Press reports that the North American Association of State and Provincial Lotteries found that 2016 lottery ticket sales, which benefit states, totaled more than $ 80 billion. Revenue has increased year-on-year since 2014.

The changes in rules have created a feedback loop in which fewer payouts leads to bigger jackpots and more excitement, which in turn encourage more people to try their hand at the lottery. With so few big winners though, more money ends up in the pockets of the state—not necessarily in the pocket of the player.