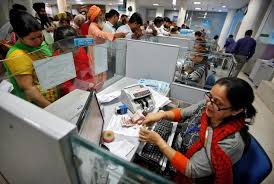 NEW DELHI (Reuters) – India’s federal cabinet on Wednesday gave an “in-principle” approval for the consolidation of state-run banks by merging some of the lenders, television channels reported.

Finance Minister Arun Jaitley is due to brief media on the outcome of the cabinet meeting at 1500 IST (0930 GMT), a government spokesman said, without giving details.