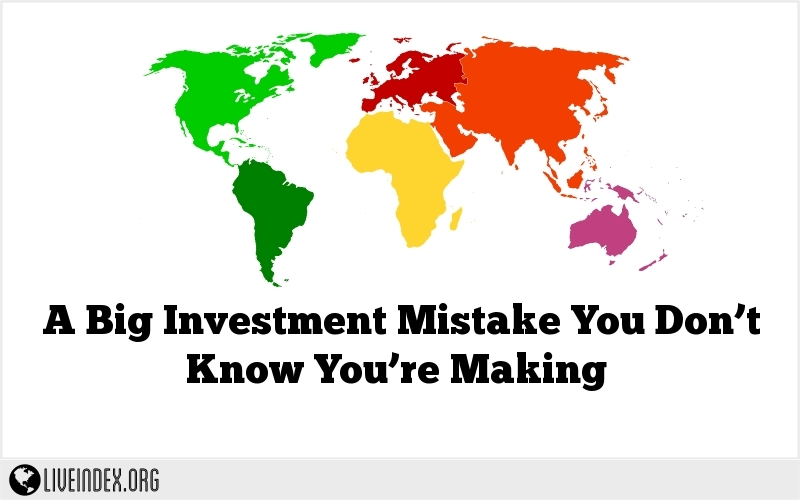 After all, you keep your money invested in American businesses. And many of the best companies in the world are based in the United States.

But if you take this patriotic idea too far, your retirement portfolio is in a dangerous position. If you’re like most people, you don’t realize how dangerous it is.

The U.S. is, and will continue to be, the dominant economy and financial market in the world for the foreseeable future.

Because of that, U.S. stocks and bonds make up the majority of American income investors’ portfolios. Studies even show that U.S. investors hold about 70% of their assets in the U.S.

But the U.S. makes up about 46% of the world’s economy. By that measure, most investors are heavily “overweight” to U.S. stocks. Most investors are overweight their own country or region. This theory is called “home-country bias” and is considered a basic behavioral error in investing.

Instead of having a “home-country bias” with your investments, you should consider a radical idea…

If anything, U.S. investors would be better off being significantly underweight U.S. stocks.

Think about it: Your income and personal well-being are already tied to the health of the U.S. economy. By owning too many U.S. stocks, you’re unknowingly leveraging up your exposure.

It’s the same reason you shouldn’t invest your entire retirement in shares of your employer.

If the company goes bust, you’re out of a job and out your whole retirement nest egg.

Right now, the U.S. economy is growing. Technology is improving quickly, making business more efficient. Money is cheap. All of this has made companies more profitable.

Meanwhile, the stock market is hitting all-time highs, up an average of 20% per year over the last half-decade. The S&P 500 is now valued at around 20 times earnings and yields less than 2%. In general, U.S. stocks are not bargains.

Although I still see upside in U.S. stocks, it’s clear that we’re not in the early stages of this bull market anymore. But overseas is a different story…

As you can see, most of these countries are cheaper and offer better yields than the U.S. And, as regular DailyWealth readers know, the opportunities in the European, Australian and Asian markets look especially attractive right now.

Here’s to our health, wealth, and a great retirement,