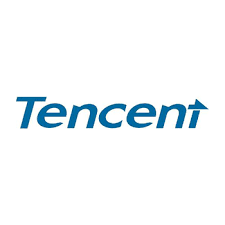 Tenecent Just Had Its Best Growth in 7 Years

Tencent Holdings is reaping the rewards of marrying social media with mobile gaming.

The Chinese internet giant posted its fastest revenue growth in seven years and a record profit that surpassed estimates by 35%, thanks to its marquee hack-and-slash title Honour of Kings.

Investors bet in 2017 that some of the company’s boldest investments would finally pan out, creating one of the world’s most richly valued companies in the process. It tapped the spending power of some 200 million players of Honour of Kings and other phone hits, helping mobile games revenue surpass that of desktops for the first time. The still-nascent advertising and finance business on messaging app WeChat has also boosted confidence it can eventually become an ad powerhouse alongside leader Alibaba Group.

Tencent’s shares have gained 70% this year, compared with an 80% rise for New York-listed Alibaba. Naspers Ltd., which owns about a third of Tencent, gained as much as 4.4% after the results, its biggest gain on an intraday basis in seven months. It reported results the same day news emerged it was investing 11 billion yuan in China’s second-largest wireless carrier alongside a host of other companies, in a series of strategic tie-ups that could bankroll the construction of a nationwide high-speed 5G network.

That investment may further Tencent’s ultimate goal of boosting internet usage but is unlikely to have immediate impact however on Tencent’s business of blending social media and gaming. Honour of Kings allows users on WeChat to discuss strategy, pull in other friends and work together in competing for gaming glory. Tencent is said to be taking the game to new markets, including the U.S., and the title now boasts the highest proportion of female players for a hard-core or battle-arena title.

With Honour of Kings going strong, the company is already adding more titles to its pipeline, including Contra Return, a bid to re-kindle the nostalgia of Chinese users who grew up playing the game developed by Konami. Games distributed to a billion-plus users on WeChat and QQ combined fueled a 54% surge in mobile gaming revenue in the quarter.

Tencent reported a 70% surge in net income to a record 18.2 billion yuan ($ 2.7 billion) for the three months ended June, exceeding the 13.5 billion-yuan average of estimates. A chunk of that however came from a jump in valuations of more than 5 billion yuan from its investments into startups in fields from financial technology to bike rentals, including unicorn Mobike. Sales rose 59% to 56.6 billion yuan, also topping projections.

While Tencent didn’t elaborate on which companies’ mark-ups helped it boost income — which it recorded as “other gains” — the company owns a stake in WeBank, which distributes money-market funds via WeChat. It’s also a backer of Zhongan Online P&C Insurance Co., which is said to be filing for a Hong Kong initial public offering. It also booked a gain from the IPO of Netmarble Games Corp., South Korea’s biggest coming-out party in seven years.

Tencent’s nascent payments and cloud businesses — both of which compete directly with Alibaba and its Ant Financial affiliate — stood out, both growing by triple-digits in the quarter, President Martin Lau told analysts on a conference call.

Revenue from Value Added Services, which includes online games and messaging, climbed 43% to 36.8 billion yuan. Online advertising sales rose 55%to 10.1 billion yuan. WeChat had 963 million monthly active users, up 19.5% from the previous year. But the mobile version of QQ, Tencent’s other mainstay social network, had 3.9% fewer users at the end of the quarter.

Selling and marketing expenses rose 55% to 3.7 billion yuan, while general costs rose 54%, as Tencent shelled out for content and talent while sinking more money into artificial intelligence and technology research. The Netflix-like video-streaming division will “take quite some time” to become profitable as content costs inflate, Lau said.