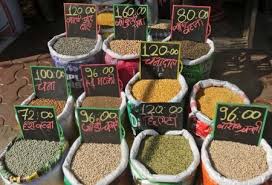 NEW DELHI (Reuters) – India’s wholesale price inflation rate picked up in July after easing for four straight months, with food prices back on the rise.

The rise compares with a 1.3 percent increase forecast by economists in a Reuters poll and a provisional 0.9 percent rise in June – the slowest pace since July 2016.

Easing price pressures gave the Reserve Bank of India (RBI) room to cut its main policy rate by 25 basis points to 6 percent earlier this month, the lowest since November 2010.

It was the first rate cut by an Asian central bank this year. But the RBI retained its “neutral stance” and warned inflation could pick up again.

Economists expect the consumer price index, the main policy target of the Reserve Bank of India (RBI), rose 1.87 percent on-year, compared with an increase of 1.54 percent in June.

The RBI expects retail inflation could accelerate to 3.5 percent to 4.5 percent in October-December.