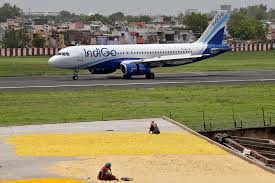 The owner of IndiGo, InterGlobe Aviation Ltd, reported a 37 percent jump in quarterly profit on Monday to a record high powered by growth in passenger revenue and margins at India’s largest airline.

Low-cost carrier IndiGo has expanded rapidly since its launch in 2006 and now flies four of every 10 passengers on India’s domestic routes.

IndiGo’s revenue per available seat km – a measure of its operating earnings – rose 5.5 percent to 3.82 rupees.

Its yield, a measure of fares and distance flown, rose 2 percent.

It forecasted capacity to grow at a compound annual growth rate of about 20 percent for 2018 to 2020.