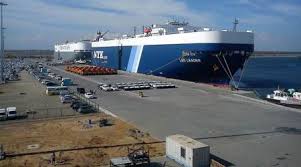 COLOMBO (Reuters) – Sri Lanka will finally sign a $ 1.1 billion deal on Saturday to lease the southern Hambantota port to China, after several months of delay caused by local protests and claims by opposing politicians that this would threaten national security.

Located near the main shipping route from Asia to Europe and likely to play a key role in China’s “Belt and Road” initiative, the Hambantota port has been mired in controversy since state-run China Merchants Port Holdings, that built it for $ 1.5 billion, signed an agreement taking an 80 percent stake.

The pact signed last year sparked widespread public anger as Chinese control of the port, which included a plan for a 99-year lease of 15,000 acres (23 sq miles) to develop an industrial zone next door, raised fears the port could be used for Chinese naval vessels.

To help ease these concerns, Sri Lanka’s cabinet approved earlier this week a revised deal to cut the Chinese firm’s stake to 70 percent and assured the port would not be used for military purposes.

“We will sign the Hambantota agreement tomorrow. We are giving the country a better deal without any implications on security,” Prime Minister Ranil Wickremesinghe, leader of the United National Party, told reporters on Friday.

“This agreement is related to long-term economy and national security. So this deal needs to be discussed in the parliament and among the public. You should not rush to sign this without any consultation,” Aunra Kumara Dissanayake, the leader of the Marxist Janatha Vimukthi Peremuna, told reporters in Colombo.

The Hambantota port deal was scheduled to be debated on Friday, but the parliament was adjourned to Aug. 4 after the opposition disrupted proceedings over a trade union action.

Government and diplomatic sources told Reuters that the United States, India and Japan have raised concerns over possible military activities by China in Hambantota port.

India’s concerns come after increased outreach by Beijing to India’s neighbours, including Nepal and Bangladesh, and China’s ongoing development of the Port of Gwadar in Pakistan, said Shailesh Kumar, Eurasia’s senior analyst for Asia.

However, the revised deal approved by Colombo seeks to allay these concerns by providing for the formation of two companies to split the operations of the port. Sri Lanka will have a major stake in the firm dealing with security, while China will run the other company that will be in charge of business.