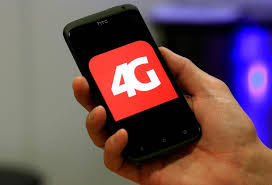 MUMBAI (Reuters) – Reliance Industries launched on Friday a keenly anticipated phone with 4G-enabled features that it said will be “zero cost”, in a move aimed at further disrupting the country’s highly competitive telecoms sector.

Through the new phone, India’s most valuable company is attempting to woo tens of millions of low-income users to its upstart telecoms venture Jio, which has already upended the telecoms industry in the country by offering cut-rate prices on its services.

Buyers will be able to get the new device, named JioPhone, for a one-time refundable security deposit of 1,500 rupees ($ 23.32), Reliance chairman, billionaire Mukesh Ambani, said at the petrochemicals-to-retail conglomerate’s annual general meeting (AGM).

Voice calling will be free on the JioPhone, while unlimited data packs will cost 153 rupees a month on the device, Ambani said.

The phone will be available from August 15, India’s Independence Day, on a trial basis.

About 65 percent, or 500 million, devices in the Indian mobile phone ecosystem are so-called feature phones – that allow basic calling and texting, according to brokerage CLSA. These phones still outsell smartphones.