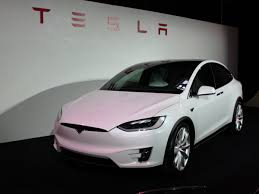 Tesla’s stock dipped 3% after CEO Elon Musk Tweeted over the weekend that his company’s share price was “higher than we have the right to deserve.”

Musk tried to hedge the statement in another Tweet on Monday, noting that the electric carmaker’s stock is “low if you believe in Tesla’s future.” But shares were still down 2.5% by the stock market’s close, while the S&P 500 remained largely flat.

I should clarify: Tesla stock is obviously high based on past & present, but low if you believe in Tesla’s future. Place bets accordingly

It’s possible that another event over the weekend may have contributed to Tesla’s stock’s slide—that of a Tesla car crash in Minnesota Sunday. Early reports said autopilot was on during the incident, though an email from the driver that Tesla circulated on Monday stated that it was not.

But according to Social Market Analytics, an analytics firm often used by hedge funds and investors to dig up trading signals from social media, Musk’s Twitter had more influence than the autopilot incident over Tesla’s stock. The analytics firm found the decline in sentiment regarding Tesla’s stock Monday was largely thanks to Musk’s discussion of the stock as “higher than we have the right to deserve.” And those declines in sentiment on social media often correlate with a company’s stock price.

In the past, Musk’s commentary about his Tesla’s stock price has been strangely accurate. When he warned that his short sellers were in for a “tsunami of hurt” in 2012, he got it right. And when he briefly changed his mind a year later, saying at the time that it was “not as crazy (to short Tesla now),” shares dropped the next day by 1.3%.

Tesla is expected to announce its second-quarter earnings in two weeks on Aug. 2.

Meanwhile, Tesla’s board of directors has welcomed its first members without prior ties to the company or Musk: James Murdoch and Linda Johnson Rice.