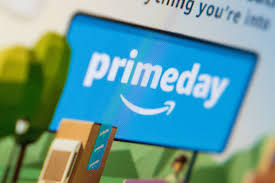 Amazon launches its third annual shopping extravaganza known as Prime Day on Monday night, rewarding customers who subscribe to its membership service with extra discounts. Yet as shoppers scoop up the deals on July 11, when Prime Day officially begins, the best deal may be reserved for investors in Amazon stock.

When the e-commerce company held its first Prime Day in July 2015, it marked a turning point for Amazon’s stock price: Over the past two years, Amazon stock has gained about 113% in value, while the wider stock market as measured by the S&P 500 index has gained just 15% during the same period.

Still, there’s evidence that many people underestimated just how big an impact Prime Day would have on Amazon (amzn). While Twitter users complained that the company’s inaugural Prime Day was a failure, the numbers don’t lie: Amazon’s sales rose an estimated 93% in the United States alone compared to the same day of the week a year earlier, according to e-commerce company ChannelAdvisor. And in 2016, Amazon said Prime Day was its largest sales day ever.

So if investors believed that Amazon’s one-day deal bonanza, aimed at topping Black Friday holiday sales, was a positive sign of the company’s ambitions, how wealthy would they be if they invested just prior to that first Prime Day?

The cost of an annual Amazon Prime membership is about $ 100. If two years ago investors had put that amount into Amazon stock instead, their stake would now be worth $ 213.

At the time, though, a single share of Amazon was worth about $ 465; today, Amazon’s stock price is about $ 990 a share. If an investor had decided to put the value of a nice home into the company, or about $ 500,000, ahead of the the first Prime Day, that stake would be worth about $ 1.1 million now.

The rise of Amazon’s stock has been even more dramatic since it first introduced the Prime program, which gives members free two-day shipping and other benefits, in 2005. Amazon’s stock is now worth 24 times what it was then. That means an investor who bought $ 100 of Amazon stock back then would now have $ 2,400, while the $ 500,000 investor would have a stake worth $ 12 million. An investor who bought Amazon stock even earlier at its IPO would be even wealthier.

That said, the importance of Prime Day for investors likely has more to do with the new Prime members it attracts than the actual day itself. (Prime Day sales accounted for less than 1% of the company’s revenue last year, based on estimates from FBIC).

To access the deals, consumers must sign up for a Prime membership, which they did in droves ahead of the company’s inaugural event: More people entered a trial membership then than they had on any other day in the program’s history, Amazon said at the time.

Meanwhile, Amazon’s Prime users spend the most on the website, according to Consumer Intelligence Research Partners (CIRP). On average, Prime members spend about $ 1,300 each year compared to non-members spending about $ 700 per year. CIRP estimates that Amazon now touts about 85 million Prime members, up 35% from a year earlier.