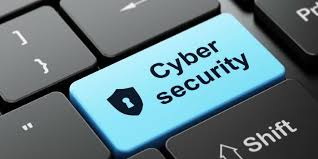 Darktrace, a hot cybersecurity startup that touts using artificial intelligence to identify and block digital attacks, was privately valued at $ 825 million after raising a new round of funding worth $ 75 million.

The latest round is Darktrace’s fourth, or “series D,” and is led by Insight Venture Partners, a New York-based venture capital firm that has also invested in cybersecurity startups such as Cylance and Tenable Network Security. Existing backers that also participated in the round include Summit Partners, KKR, and TenEleven Ventures.

Among Darktrace’s investors is Invoke Capital, the U.K.-based venture capital fund created by tech veteran Mike Lynch, who sold the business software firm Autonomy to HP for $ 11 billion in 2011. HP later marked down the price of its acquisition by $ 8.8 billion, and Lynch and HP have been embroiled in heated legal battles ever since.

Although Darktrace would not disclose its revenues, the company said the value of its customer contracts has reached $ 200 million, increasing 140% between July 1, 2016 and June 30, 2017. A big chunk of that growth is attributable to Darktrace’s expansion within the United States where, the company says, sales tripled in the past year.

“We saw sales for autonomous response”—a feature that takes automatic action to slow or stop the spread of digital attacks—”take off since WannaCry and NotPetya,” said Nicole Eagan, Darktrace cofounder and CEO, on a call with Fortune, referring to two destructive ransomware attacks that have recently infected business networks worldwide. The automatic response feature, which Eagan referenced and which Darktrace debuted earlier this year, is called “Antigena.”

“Orders started coming in quite rapidly when those attacks happened,” Eagan said.

Darktrace has 1,000 customers for its cybersecurity product, called Enterprise Immune System, with a quarter of them in financial services, about 15% in telecom and technology, and 12% in industrial systems. The rest are in sectors such as retail, travel, and government. Competitors include Vectra Networks, Palo Alto Networks’ Light Cyber, and Deep Instinct as well as Hewlett Packard Enterprise’s ArcSight and RSA’s Security Analytics.

Darktrace is one among many cybersecurity startups now vying, alongside more established tech companies, to protect businesses from an onslaught of escalating computer threats. In order to succeed, the company must stay a step ahead of attackers and continue to gain adoption while displacing incumbents.

Cybercrime cost the global economy an estimated $ 450 billion in 2016, as Fortune noted in its July cover story on hacking.

Darktrace’s headcount has doubled to 500 people in the past year. Eagan said she planned to put the new round of funding primarily toward hiring sales and marketing staff to continue the company’s growth in the Americas and Asia.

Given the uptick in global cyber attacks—WannaCry and NotPetya among them—one can expect the threats to keep on coming.