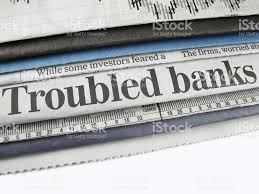 Italy is pouring billions more into its troubled banks

Italy is putting up €17 billion ($ 19 billion) to avert a fresh crisis in its beleaguered banking system.

The move over the weekend came after a warning from European authorities that two struggling Italian regional banks — Banca Popolare di Vicenza and Veneto Banca — were facing collapse.

It’s just the latest move by Italy to plug a hole in its fragile financial sector. At the end of last year, it had to promise billions of euros to rescue Monte dei Paschi, the world’s oldest operating bank.

Under the plan announced Sunday, the Italian government will pay €4.8 billion ($ 5.4 billion) in cash and provide as much as €12 billion ($ 13.4 billion) in guarantees so that Intesa Sanpaolo (IITSF), one of the country’s biggest banks, can take over the healthier parts of the two regional banks. The remaining activities will be wound down.

Banca Popolare di Vicenza and Veneto Banca were both losing money and crippled by an alarmingly high level of bad loans. The European Central Bank, which supervises the eurozone’s lenders, said Friday that the two Italian banks didn’t have enough funds to survive.

Italy’s banks have been struggling with high costs and low returns for years. Billions of euros in loans have soured due to economic stagnation. The country’s economy has barely grown for a decade.

The country’s lenders are saddled with roughly €360 billion ($ 400 billion) in bad loans, roughly a third of the eurozone total.