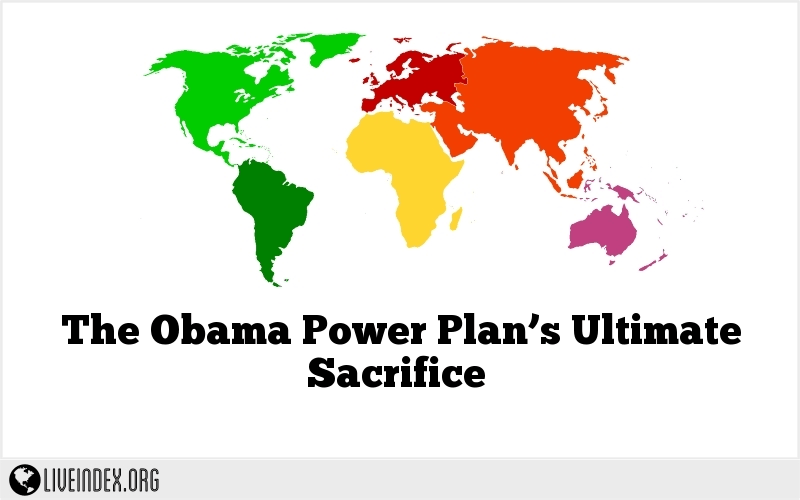 Compared to the rest of the world, the United States has enjoyed fairly low-cost (and highly available) electricity.

But that’s about to come to a screaming halt.

You see, Obama just took a hammer to this uniquely American economic advantage.

Very soon, you’ll be paying much higher electricity bills. And if that makes you mad, you’re definitely not going to like what I have to say next…

In short, the stated aim is to cut carbon dioxide emissions by 30% at existing electricity-generating plants by 2030.

The costs associated with Obama’s plan are going to be outrageous. And you’ll bear the biggest blow.

You won’t just see the shift in your electricity bills, either.

Since manufacturers will also be receiving higher power bills, they’ll eventually pass that on to the consumer by increasing prices for their products!

Indeed, according to an analysis released by the Institute for 21stCentury Energy, the policy will cause U.S. consumers to pay nearly$ 290 billion more for electricity between 2014 and 2030.

That’s an average of $ 17 billion more per year.

And with our anemic economy reeling, employment numbers will take a hit, too.

Here’s what the Institute for 21st Century Energy concluded…

“On average, from 2014 to 2030, the U.S. economy will have 224,000 fewer jobs, with a peak decline in employment of 442,000 jobs in 2022. These job losses represent lost opportunities and income for hundreds of thousands of people that can never be recovered. Slower economic growth, job losses and higher energy costs mean that annual real disposable household income will decline on an average of more than $ 200, with a peak loss of $ 367 in 2025.”

In the end, when you run the figures on these income declines, you’ll soon see that the typical family will lose a total of $ 3,400 in real disposable income between 2014 and 2030.

It’s easy to see why the country is enraged.

The bulk of opposition to these regulations is coming from states that are dependent on coal generation of electricity.

Governor Mike Pence of Indiana tore into the changes…

As he says, the proposed regulations “will cost us in higher electricity rates, in lost jobs and in lost business growth due to a lack of affordable, reliable electricity… Indiana will oppose these regulations using every means available.”

Indeed, kicking the economy so hard when it’s down with these new regulations is nearly unconscionable.

So how can you protect yourself?

There are a few ways to prepare for the coming cost increases, but here’s my favorite: Pick up a smart thermostat right away!

The Nest thermostat, for instance – which is owned by Google(GOOGL) – actually studies your habits and optimizes the heating and cooling in your home.

It then provides you with a 10-day history that details exactly when systems kicked in. And if your heating and cooling history is considered energy efficient, you’re awarded with a leaf icon next to that day.

It’s a nice touch. But ultimately, it will help make you more energy conscious, and save you money down the road.

How much money exactly?

It doesn’t hurt that it’s the best damn looking thermostat you’ll ever see, too. It’s like the iPhone of thermostats, which isn’t an accident, considering that it was designed by former Apple (AAPL) engineers.

The device also connects to the internet, which means you can change settings and check the temperature of your house from any mobile device or PC. So if you like your house to be an icebox when you get home from work on a hot summer day, you can get the A/C running with a few taps on your smartphone.

In the end, smart devices like these are the easiest way to lower your own power consumption. And these devices are becoming more common (and affordable) and can significantly reduce the power bills coming your way soon.

Rest assured, we’ll be tracking new energy-saving innovations like this as they arise – and will inform you if any new device merits your immediate attention.

Before you sign off, let us know what you think about Obama’s meddling in the energy market – or your opinion of the Nest thermostat – by going here.

Your eyes on the Hill,

Floyd Brown boasts a lifetime of political involvement, ranging from political appointee in the Reagan campaigns and consultant to the Bush, Dole and Forbes presidential campaigns – to his current role as the President of the Western Center for Journalism, a nonprofit dedicated to informing and equipping Americans who love freedom. Learn More >>