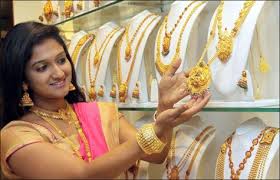 Indian gold prices switch back to a premium

BENGALURU/MUMBAI Gold traded at a premium to official domestic prices in India this week for the first time in about a month, while demand remained lacklustre elsewhere in Asia despite a drop in prices.

“While prices have fallen internationally, it hasn’t really translated too much in most regions as rates in local currencies remain higher,” said one dealer with a Singapore bank.

However, demand in India improved slightly, with dealers charging a premium of up to $ 1 an ounce over official domestic prices this week, against a discount of $ 3 last week. The domestic price includes a 10 percent import tax.

“Jewellers are now focusing on implementation of the GST (goods and services tax). They are not making new purchases,” said a Mumbai-based bank dealer with a private bank.

The GST will replace a slew of federal and state levies from July 1, transforming Asia’s third-largest economy into a single economic zone with common indirect taxes.

Prices below $ 1,250 an ounce induced some small-scale buying, according to Ronald Leung, chief dealer at Lee Cheong Gold Dealers in Hong Kong.

The premium, however, remained unchanged from last week at $ 8 to $ 10 an ounce.

“In China consumer sentiment is weak. People are not spending money and also looking to fashion jewellery rather than investment-driven purchases,” said Cameron Alexander, an analyst with Thomson Reuters-owned metals consultancy GFMS.

“While demand for 24-carat jewellery has come down heavily, it is strong for 18-carat. However, the overall market is weaker.”

Gold was selling at a premium of $ 1 in Singapore, between 50 cents and $ 1 in Hong Kong and 50 cents in Tokyo — all unchanged from last week.