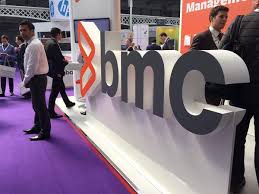 Privately owned BMC Software has contacted banks about putting together a financing package for an acquisition offer for enterprise software maker CA, according to a source familiar with the matter.

The deal would combine two of the largest U.S. providers of information technology management software and would be the biggest leveraged buyout since Dell’s $ 24.4 billion take-private transaction in 2013.

BMC’s bid for CA, which has a market capitalization of more than $ 13 billion, would require a large financing package and equity financing from BMC’s private equity owners, Bain Capital and Golden Gate Capital, the source said on Tuesday.

The source cautioned that no deal is certain and asked not to be identified because the deliberations are confidential. CA and BMC could not immediately be reached for comment. Bain Capital and Golden Gate declined to comment.

CA shares rose 14.8 percent to $ 36.24 in after-hours trading after Bloomberg News reported that BMC and CA are in early-stage talks about a potential merger.

CA, formerly known as Computer Associates, has its roots in providing mainframe computers used by large institutions like banks. It has been trying to shift its business to the cloud, and announced in March that it was acquiring application security firm Veracode for $ 614 million.

BMC, which provides software that helps corporations organize their tech support functions, was taken private for $ 6.9 billion in 2013 by Golden Gate and Bain Capital, after pressure from activist hedge fund Elliott Management.