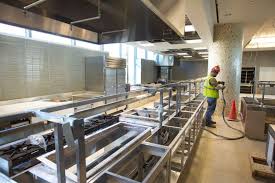 I love my factory job, but I don’t want my kid to do it

For months, I have traveled the Rust Belt talking to factory workers.

Over and over, in Ohio, Pennsylvania, Wisconsin, Michigan and Kentucky, men and women have told me two things:

They love their manufacturing jobs and don’t want them to go away.

But they don’t want their kids to do these jobs.

“To be honest, I steered my children as far away from manufacturing as I could,” said Jeff Neibauer, 60, who has spent most of his adult life building industrial engines at a GE factory in Waukesha, Wisconsin, for $ 30 an hour.

Every parent wants their kid to have an even better life than they did. Neibuaer felt strongly that, for his children to live the American Dream, they would have to ditch the blue-collar lifestyle he led and aim for a white-collar job in business or health care.

Both of his kids are now “overeducated college graduates,” he told CNNMoney, proudly. Union wages allowed him to make that happen, but he doesn’t think the next generation will be paid nearly as well.

Related: Even in Paul Ryan’s backyard, good jobs are going to Canada
Lisa has worked in factories in Reading, Pennsylvania for much of her adult life. She is glad her daughter finished college and chose a different path.

Hundreds of miles away in Reading, Pennsylvania, Lisa (she didn’t want me to use her last name) sat on her back porch and told me that she felt she had lived the American Dream. Lisa owned a home with a small pool and an abundance of plants thanks to her $ 22 an hour job at a paper factory nearby.

But she was glad that her daughter went to college and works in an office.

“I didn’t want her to have to work as hard as I did physically,” Lisa, an optimistic 55-year-old, told me shortly before the election. “It’s not easy working odd shifts and 12-hour days (in) steel-tip shoes.”

Lisa was laid off at the end of last year when the Neenah Paper Factory in Reading shut for good. She wasn’t sure she’d ever be able to earn $ 22 an hour again. It was the second time in her life that Lisa had toiled for more than a decade in a factory only to lose her job when it closed.

Related: What Trump doesn’t understand about the poor

I had a good life, but the doors shut behind me
Sal Moceri (second from right in blue) and his fellow Ford workers. None of Moceri’s children went into manufacturing.

The American Dream used to be about owning a home with a yard and pretty fence. Now it’s about a stable career.

The United States has lost 5 million manufacturing jobs since 2000. It’s a key reason so many parents aren’t keen for their kids to get involved in the field.

Sal Moceri has worked for years at Ford in Detroit, America’s auto capital. He is quick to call Ford (F) “one of the greatest companies here in America.”

But Moceri, a lifelong Democrat and union member, voted for President Trump because he feels “a lot of doors shut behind me over the years” at Ford. The opportunity to live a middle-class life, he said, is “no longer there.”

None of Moceri’s three children went into manufacturing. One is a science teacher, one is training for law enforcement, and the youngest is studying biology.

Are the days of good factory wages over?
Angelica West thought she would do what her parents did and work in factories in Michigan, but the pay was so low that she is now back in school training to be a nurse.

Many factory workers had followed their fathers and grandfathers into manufacturing. They felt the decline of manufacturing jobs was tragic for America — and a sign of the end of the middle class.

But these factory workers also saw the proverbial writing on the wall. They recognized that the jobs that had been lost were probably not coming back, and that even if they did, the pay wouldn’t be as good.

Moceri works at a plant where he earns $ 30 an hour and some younger workers around him are only earning about $ 20 because they were hired much later under a different contract.

In nearby Lapeer, Michigan, 28-year-old Angelica West could only find factory jobs that paid $ 10 an hour. It was barely enough to cover childcare for her three sons. She is now back in school training to be a nurse.

What factory workers feel about their own profession is similar to what America as a whole feels.

Polls show a lot of support for keeping manufacturing jobs in the United States. No wonder Trump made it his signature campaign issue.

According to a recent Marketplace-Edison Research poll, 80% of respondents said they consider manufacturing jobs to be “very important” or “somewhat important” to their local economy.

But people don’t want their kids in roles they perceive as “dumb and dirty.”

The irony is as blue-collar jobs have lost some of their appeal lately, the manufacturing jobs that remain are by and large getting more high tech. Gone are the days of someone screwing in one part on an assembly line over and over again.

Suzanne Kelly is CEO of the Waukesha County Business Alliance. She meets regularly with CEOs of about 50 manufacturing companies in her area. They all have one complaint: They can’t find enough skilled workers to handle advanced machines and complex orders.