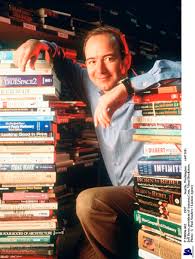 Amazon CEO Jeff Bezos came closer than he has ever been before to becoming the world’s richest person on Monday.

That comes after shares of Amazon (amzn) pushed up to an all-time high of about $ 1,017 a share Monday, sending Bezos’ net worth to about $ 86 billion. That rally was likely induced by the company’s $ 13.7 billion purchase of Whole Foods recently. Before Bezos could claim the top spot, which is currently Microsoft founder Bill Gates, Amazon’s stock came down toward the end of the day, ending nearly flat at $ 995 a share. Bezos’ net worth also fell to $ 85.2 billion.

Still, that all-time high price put Bezos about $ 4 billion away from overtaking Gates, who is worth about $ 90 billion as of Monday, according to Bloomberg data. Since Bezos net worth is largely tied to his 78.9 million shares of Amazon, becoming the world’s richest person is completely within the realm of possibility. After all, his net worth has already shot up by $ 19.3 billion in the last six months thanks to strong earnings and growing investor confidence in the economy, sending Amazon’s stock 35% higher since the start of the year.

So how much higher does Amazon’s stock price need to go for Bezos to become the world’s richest person?

Assuming the net worth of current top billionaires remains relatively stable, Amazon’s stock would have to rise to about $ 1,069 a piece—7.4% above the stock’s closing price Monday. Bezos’ net worth would then reach $ 90.1 billion.

The consensus among Wall Street analysts is that Amazon shares can hit $ 1,123 in the next 12 months, based on Bloomberg data. But if Amazon manages to show a sizable earnings beat for its next report on July 27, Bezos could become the world’s richest person even sooner than that.

That said, the company could disappoint investors the way it did during the holiday season last year. It’s also possible Microsoft’s growth in the next 12 months could push Bill Gates’ net worth even higher. Plus, an 8% pop in Amazon’s stock may still seem daunting to shareholders: Despite analysts and investors warning against overvaluing tech stocks, the sector came roaring back Monday, with Alphabet’s stock up nearly 2% and Apple stock up nearly 3%.

Meanwhile, tax reforms, which are expected to be a boon for tech companies, have hit speed bumps in Washington D.C., as the focus turns toward to President Donald Trump and his interactions with former FBI Director James Comey.

Morgan Stanley not given advisory role on Aramco pipeline sale