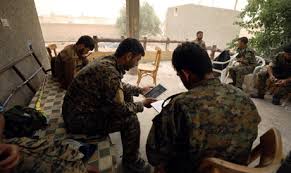 BEIRUT The Syrian army said it would suspend combat operations in the southern city of Deraa for 48 hours from Saturday, as mediators announced two separate attempts to convene new peace talks next month.

The Syrian army general command said a ceasefire at noon (0900 GMT) on Saturday was being implemented to support “reconciliation efforts”, according to a statement carried by state news agency SANA.

The announcement came on the same day as the United Nations said it wanted to start a fresh round of peace talks between Syrian factions on July 10 in Geneva, and Moscow said it hoped to hold talks in Kazakhstan’s capital Astana on July 4-5.

Since a resumption of peace negotiations last year, there have been multiple rounds brokered by the United Nations in Geneva between representatives of Syrian rebels and the government of Syrian President Bashar al-Assad, resulting in scant progress.

Another track of talks brokered by Russia – a key Assad ally – has also been happening in Astana, Kazakhstan, since January.

In an emailed statement the office of United Nations special mediator for Syria Staffan de Mistura said he wished to convene a seventh round of Geneva talks in July and further rounds in August and September.

The United States welcomed the ceasefire announcement and called on the Syrian government to live up to its ceasefire commitments.

“We will judge this initiative by the results not the words,” State Department spokeswoman Heather Nauert said in a statement. She urged the Syrian opposition groups to halt attacks to allow humanitarian aid to reach those in need.

In more than six years the Syrian conflict has killed hundreds of thousands of people and driven more than 11 million from their homes.

In May, Iran, Russia and Turkey brokered a deal in Astana to create four de-escalation zones in Syria.

Violence levels have been vastly reduced in those proposed de-escalation areas, but fighting has continued in major frontline areas, including in Deraa city.

The Syrian army and Iran-backed militia forces have stepped up attacks against a rebel-held part of Deraa city in recent weeks, in a possible prelude to a large-scale campaign to gain full control.

De Mistura said this week a new round of talks would depend on the progress made in setting up the de-escalation zones.

A war monitor said the level of violence in Deraa had fallen seven hours after Saturday’s ceasefire was due to take effect, but it and rebels said there was some bombardment for the first couple of hours.

A rebel commander in Deraa told Reuters hostilities had not stopped three hours after the ceasefire was due to begin.

“We have not heard of any such talk and the regime is still attacking us with the same intensity,” the commander said at 3:30 p.m. (1230 GMT).

The Syrian Observatory for Human Rights war monitor said there was a “cautious calm” by 7 p.m.

“There are breaches and we are distrustful of the regime’s intentions in abiding by the ceasefire,” Major Issam al Rayes, spokesman for the Southern Front grouping of the Free Syrian Army rebels, told Reuters.

“The regime’s forces have stopped their military operations after big losses in equipment and men since the start of their campaign over a month ago … after the failure of repeated attempts to advance,” he said.

The United States and Russia have been holding talks on creating a separate “de-escalation zone” in southwestern Syria that would include Deraa province, on the border with Jordan, and Quneitra, which borders the Israeli-occupied Golan Heights.