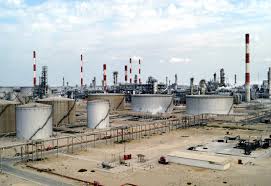 MUMBAI/NEW DELHI State-run Bharat Petroleum Corp aims to expand the capacity of its Bina refinery in central India to about 310,000 barrels per day (bpd) in the next four to five years from the current 120,000 bpd, its head of refineries said on Wednesday.

India aims to expand its refining capacity by 35 percent to 6.2 million bpd to meet the country’s rising fuel demand.

BPCL aims to shut the Bina refinery for about a month in June-September 2018 as the refinery is adding some units to raise capacity to 156,000 bpd, said R Ramachandran.

“Our aim is to operate the Bina refinery at a higher capacity before September,” Ramachandran told Reuters.

BPCL is in the process of raising the capacity of its Kochi refinery in Southern India to 310,000 bpd by September this year.

“Pre-commissioning activity is on and we hope by September all units will be functional,” he added.

The refiner aims to further raise the capacity of the Kochi refinery to 400,000 bpd but the plan is at an early stage, he said, without elaborating.