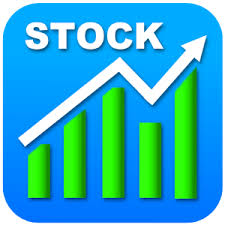 MUMBAI Indian bonds and shares rose on Tuesday after much softer-than-expected inflation data fuelled hopes of a rate cut by the central bank at its next policy review in August, with some traders even pushing for a move ahead of the meeting.

Data released late on Monday showed consumer inflation easing to 2.18 percent in May, helped by a drop in food prices – the lowest since India started publishing an economy-wide consumer price index in 2012.

Inflation is now well below the Reserve Bank of India’s medium-term target of 4 percent, and at the lower end of its CPI projection of 2 percent-3.5 percent in the first half of the fiscal year.

The soft data has raised expectations that the RBI will cut its policy repo rate by 25 bps at its next policy meeting on Aug. 1-2, with some traders speculating a move ahead of that.

India last delivered two rate cuts outside of scheduled meetings in early 2015 under the then governor Raghuram Rajan, when the country had not yet adopted a monetary policy committee to decide on rates.

“They should do an out-of-policy rate cut. What is the point of waiting for two more months when inflation will further fall from here for the next two months?” said a dealer at a foreign bank, who was not authorised to talk to media.

The new 10-year bond yield fell 5 basis points (bps) to 6.47 percent, its lowest since it was issued in early May. The existing 10-year benchmark bond yield was down 3 bps at 6.62 percent.

The five-year benchmark overnight indexed swap, which closely tracks rate expectations, fell 4 bps to 6.21 percent. The one-year swap was down 5 bps at 6.20 percent.

Shares edged higher, with the broader NSE Nifty up 0.2 percent, led by gains in banks such as ICICI Bank. But the rupee was steady at 64.46 per dollar, compared with its previous close of 64.45.

But not all analysts are convinced the RBI will cut rates. The central bank will get one more inflation data next month before its August meeting, after holding rates last week and warning that inflation could accelerate to 3.5 percent-4.5 percent by the second half of 2017/18.

Meanwhile, the U.S. Federal Reserve is expected to raise interest rates this week but questions are arising as to the rate hike plans for the rest of the year.

“Given the RBI’s balanced tone in June’s review and reluctance to ease rates, we maintain our on-hold call on rates. But acknowledge that odds of a rate cut in Aug are rising. Stay tuned,” said Radhika Rao, an economist for DBS Bank in Singapore in an email to clients.