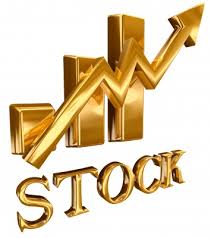 Jeff Immelt’s near-16-year tenure as CEO of General Electric (ge) was not successful for the company’s long-suffering investors, who would have done far better in an index fund. But let’s not judge him too harshly. His announced departure forces attention on a large question that the company has never answered satisfactorily: Why does GE—a sprawling conglomerate that chronically underperforms the market—still exist?

Immelt’s successor, John Flannery, is a product of GE’s excellent leadership development process and seems superbly prepared for the job. But the same was true of Immelt and all his CEO predecessors. The harsh reality is that investors have no reason to expect the future will be much better than the miserable past.

The problem is that GE is an ever changing portfolio of businesses unconnected by any organizing principle. It isn’t just a company; it’s an actively managed mutual fund, with the CEO as the manager. In announcing Immelt’s departure, the GE board’s lead independent director, Jack Brennan, praised him for having “executed a massive portfolio transformation.” But that’s what every GE CEO does. Among other moves, Immelt got out of plastics, appliances, insurance, network TV, and nearly all of GE Capital; he got into oilfield services, software, 3D printing, and more non-U.S. operations. He got into and then out of security, water processing, and movies.

Unfortunately, as a portfolio shuffler Immelt performed about as well as most fund managers and most of his predecessors: He underperformed the market. That unavoidable fact has had investors calling for his head for years.

The great exception among GE CEOs is of course Jack Welch, Immelt’s immediate predecessor, who massively beat the market in his 20-year tenure. But his success merely emphasizes the trouble with GE. The company has been a conglomerate since the end of World War II, and through the six CEOs since then it has slightly bested the S&P 500. All of that outperformance and much more, however, is attributable solely to Welch; if we assume that GE simply matched the market during his tenure, then it would have severely lagged behind the S&P 500 since World War II. Hoping for a once-a-century managerial phenomenon is not a corporate strategy.

Immelt did all kinds of things right. From the beginning of his tenure he put greater resources into technological research and innovation than Welch had done. “He started having conferences on the state of energy and healthcare ten years in the future,” notes a former high-level executive. Getting out of insurance before the financial crisis was a prescient move for which he receives insufficient credit. Over the past two years he has focused the company on industrial businesses, especially infrastructure businesses, though they’re still widely diverse; PET scanners and undersea oil well blowout preventers have little in common. He has invested heavily in digitizing those businesses and in helping them share their knowledge among one another. It all sounds impressively reasoned.

In addition, Immelt is in the broad sense a model CEO. When he’d been in the job about four years, Warren Buffett told me, “He’s likely to be the most respected spokesman for American business in his tenure. He has all the ingredients to fill that role—the credentials as a terrific businessperson and a first-class person.” A former top executive told me, “He works his ass off. He’ll jump on a plane to the Philippines to get an order.”

And yet GE’s total return to shareholders has lagged far behind the S&P 500’s over his tenure. Of course it might do significantly better under John Flannery. But at this hopeful moment of transition, GE’s investors, employees, and other stakeholders must confront a hard fact: Unless Flannery and the board decide to de-conglomerate GE, there’s no reason to expect better performance.