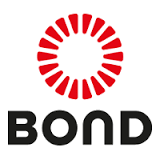 One of the last of Wall Street’s iconic boutique firms will no longer be run by the family that gave it its name. Alexandra Lebenthal, CEO of Lebenthal & Co, the firm started by her grandparents in 1926, is stepping down as CEO; her brother James, chief of asset management, is leaving the firm. The asset management division will continue under the Lebenthal name. And so will the capital markets business that Alexandra built over the past decade; both businesses will be run by managers now at the firm. In fact, Alexandra will still act as a “managing member” of the team, according to the press release issued June 7. But the Lebenthals are relinquishing all control, marking an historic reversal of fortune for the clan that built a leading brand in municipal bonds, through the rollicking, unforgettable TV ads featuring Alexandra’s pitchman father Jim (“Bonds are my babies”) Lebenthal.

“We were still doing great in our other businesses, then we expanded much too fast into wealth management,” Alexandra maintains. “We didn’t bring in enough assets and revenues to match the expenses.”

In late 2013, Lebenthal & Co made a major move into wealth management by hiring a team from Morgan Stanley. At the time, the firm stood on two solid legs: Asset management for families and institutions managed by James Lebenthal, and Alexandra’s speciality, a capital markets shop licensed in several states as a Minority and Women Owned Business (MWBE). More and more companies reserve portions of their issues for such “diversity” firms. According to Lebenthal, both were prospering. She asserts that her capital markets operation ranked No. 1 among women-owned firms in each of the past four years.

The turning point was the foray into wealth management. “Wealth management is a really competitive business,” she says. “You need a really big platform that costs a lot of money to attract advisors and build all the infrastructure.” Lebenthal invested heavily, but the profits didn’t follow. “After two years, we had only $ 1 billion under management,” she says. “We had set our sights on a lot more money and a lot more people. We were always running a couple of steps behind.”

The woes didn’t stop there. The firm’s reputation was damaged by a suit filed by a one-time friend and mentor, James Cayne, the former CEO of Bear Stearns. Cayne sued Alexandra for repayment of what was originally a $ 1 million loan. “It caused a lot of negative publicity about me,” says Alexandra, “and added to everything that was going on.” She claims that Cayne made the loan “to the company, and that given the situation of the firm, it couldn’t be repaid in full.” In his suit, Cayne maintains the loan was made to Alexandra personally, not to Lebenthal & Co.

Lebenthal shuttered wealth management in June of 2016. She then sought “strategic alternatives,” either a sale or an infusion of capital. And for a while, a rescue seemed imminent. She came close to forging a deal in which South Street Securities would purchase the asset management business and a minority share of the capital markets franchise. But the deal collapsed shortly before a closing anticipated on May 31.

How will Lebenthal & Co’s creditors fare? Alexandra declines to comment. But the press release contains the following statement: “The company is currently pursuing various strategic alternatives for its operating businesses, which include a sale of one or more of the businesses to third parties and/or reorganization with the support of its secured creditors.”

The departures mark the end of a durable mini-dynasty. Starting in 1994, Alexandra apprenticed as an assistant to her irascible grandmother Sayra, who made a successful business selling municipal bonds to small investors. By then, the firm’s dominant figure was her father, the legendary Jim Lebenthal, who aimed for achieving the sublime by risking the ridiculous in TV ads, declaring in one spot, “Munis are a cash cow…I was weaned on munis, not milk.”

In 1995, the family sold Lebenthal & Co. to brokerage AdVest. A decade later, Merrill Lynch purchased AdVest, and retired the Lebenthal name. Alexandra later persuaded her friend, Merrill Lynch’s then-co-president Greg Fleming, to sell her the dormant brand for $ 1,000. In 2007, Lebenthal & Co was reborn.

Lebenthal took the new firm in a novel direction. Instead of following the old model of winning retail clients, she focused on institutional business. The firm helped underwrite the Treasury’s sale of its stakes in AIG and GM following the financial crisis bailouts, as well as such trophy IPOs as fashion house Michael Kors, and the sale of Realogy shares by Apollo. In 2012, Lebenthal & Co. underwrote $ 1 billion in securities, and had $ 500 million in assets under management, and according to Alexandra, the numbers have grown since then.

Alexandra’s tireless networking was a business in itself. She developed invaluable friendships with bond king Jimmy Lee of JP Morgan, who regularly included her in his deals; private equity titan Wilbur Ross, now Secretary of Commerce, purchased munis from Lebenthal & Co. for his personal account.

Such great names as Lehman Bros., Bear Stearns and EF Hutton are long gone. Now, Lebenthal & Co,, headed by two of the most recognizable faces on Wall Street, super-salesman dad Jim, and super-diva Alexandra, will no longer be a family firm. “I don’t know that I’ll do next, it’s been a long year and a half,” says Alexandra. “I built a new image based on the legacy of my dad, but it’s sad it’s ending this way.”