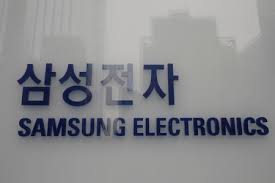 MUMBAI Samsung Electronics plans to double the production capacity for mobile phones and fridges at its main factory in India, expanding in a country where U.S. rival Apple Inc. has started assembling phones.

The South Korean company said in a statement on Wednesday it would spend 49 billion rupees ($ 764 million) over three years to expand the factory on an additional 35 acres at the site on the outskirts of New Delhi. It also makes televisions at the plant.

India is the world’s second biggest smartphone market and it’s fast becoming a battleground for handset makers vying for a bigger share as sales in Asian powerhouse China start to lag.

“India looks like a promising manufacturing hub in the coming years and Samsung could make it their base for exports.”

Apple began assembling its iPhone SE model last month in the southern Indian technology hub of Bengaluru and a government official has said it could increase the local share of production over time.($ 1 = 64.3650 Indian rupees)