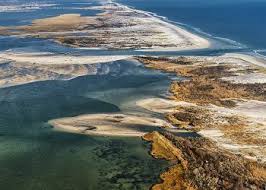 GENEVA The U.S. withdrawal from the Paris climate accord could add 0.3 degrees Celsius to global temperatures by the end of the century in a worst case scenario, an official from the U.N. World Meteorological Organization said on Friday.

Deon Terblanche, head of the WMO’s Atmospheric Research and Environment Department, said the figure was an estimate, since no climate models had been run to gauge the likely impact of the decision announced by U.S. President Donald Trump on Thursday.

“This is an additional 0.3 degrees on the warming, due to the withdrawal of the U.S.,” Terblanche told a regular U.N. briefing in Geneva. “That’s a worst case scenario, and this is probably not what will happen.”

The Paris accord, reached by nearly 200 countries in 2015, was meant to limit global warming to 2 degrees or less by 2100, mainly through pledges to cut carbon dioxide and other emissions from the burning of fossil fuels.

Asked if Trump was right to say that the U.S. would continue to be the most environmentally friendly country in the world, Terblanche said the president’s announcement had been complex and would take some time to analyse.

“On a personal level we are worried, as an organisation probably we are not that worried,” Terblanche said.

Trump argued that the U.S. withdrawal made economic sense and would have a minimal impact on the environment, but he did not explicitly deny that carbon emissions from human activity were causing climate change.

“Within the Trump administration there are obviously leading members of the administration who have said quite openly that climate change is real, it’s happening and it’s a big problem which will not go away if we ignore it,” WMO spokeswoman Clare Nullis said.

“We have daily interactions with U.S. scientists, we work very, very closely with them at all levels. They are some of the world’s leading scientists. Now, more than ever, it’s vital that science does inform decision-making,” she added.