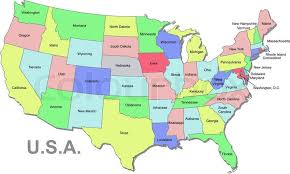 On Thursday, President Donald Trump announced his decision to withdraw the U.S. from the Paris Climate Agreement. Though Trump pledged to renegotiate the deal, he also hedged that it would be “fine” if those talks failed. Not long after, Musk tweeted that he was departing the council, adding that “climate change is real.”

Musk first pledged to resign from his advisor position on Wednesday after a report suggested Trump was expected to withdraw the U.S.

Am departing presidential councils. Climate change is real. Leaving Paris is not good for America or the world.
– Elon Musk (@elonmusk) June 1, 2017

It’s a stunning reversal for the CEO, who has previously resisted calls for his resignation from Trump’s council. Like many other Trump advisors that did not agree completely with Trumps’s ways, Musk argued that his access to the commander-in-chief gave him the chance to change Trump’s mind.

Still, Musk couldn’t really give up on the topic (he does after all run an electric car and solar company). He followed up that tweet debunking one of Trump’s claims about the Paris agreement.

Under Paris deal, China committed to produce as much clean electricity by 2030 as the US does from all sources today https://t.co/F8Ppr2o7Rl
– Elon Musk (@elonmusk) June 1, 2017

Ahead of Trump’s announcement Thursday, other top CEOs in the U.S. urged the president not to withdraw the U.S. from the Paris agreement, including Apple CEO Tim Cook and Exxon CEO Darren Woods.