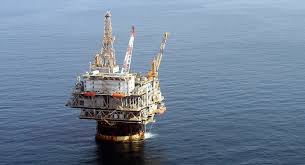 The 19-million-acre Arctic National Wildlife Refuge has been closed to oil exploration since 1980 due to concerns about the impact on the region’s caribou, polar bears and other animals.

But Trump, who has promised to flex America’s energy muscles, wants to change that. The White House’s budget proposal put out this week calls for raising nearly $ 2 billion in revenue over the next decade by selling oil and gas leases in an oil-rich section of ANWR.

Opening the Alaskan refuge to drilling requires an act of Congress and environmentalists are already vowing fierce opposition. Given the high costs involved, it’s not clear Big Oil would even want to drill in the challenging Alaskan terrain in today’s world of low oil prices.

But with Republicans in control of Congress, those arguments may not hold much sway.

“It’s a real, live thing. For Republicans, it’s taking on a Keystone-like rallying cry,” said Joe McMonigle, who served as the Department of Energy’s chief of staff under President George W. Bush.

That’s what happened in 1995, but the budget package was ultimately vetoed by President Clinton.

Related: Trump wants to sell half of emergency US oil reserve

Others predict public support for preserving the Alaskan refuge will once again block the march to drill there.

Opponents will note the irony of Trump pushing to drill on protected land when there is a surplus of untapped oil in the Lower 48. US production, fueled by the shale revolution, has skyrocketed in recent years and created a global oil glut that even mighty OPEC is struggling to fix.

In fact, the Trump administration has held up the US oil boom as a reason why now is the time to sell off half of America’s strategic oil reserve meant to safeguard against emergencies.

Environmentalist are already crying foul, noting that ANWR remains one of America’s few remaining places to be untouched by human activity.

“It’s a dirty industry that’s prone to leaks, spills and catastrophes. You don’t trust an industry like that with an ecosystem this fragile,” said Athan Manuel, director of the lands protection program for the Sierra Club.

Manuel argued that the refuge would be damaged even if there wasn’t a disaster like the infamous Exxon Valdez disaster that spilled more than 10 million barrels of crude oil off the coast of Alaska.

But McMonigle, the former Bush official, doesn’t think Republicans in Congress will be influenced by those fears.

“The environmental concerns are overblown. We’re not talking about strip-mining or something that will spoil the environment,” he said, adding that even some moderate Democrats in the US Senate could support ANWR legislation.

But there’s no guarantee the oil industry will rush up to Alaska if Congress acts.

Prices are so low today that it’s profitable to drill in few places in the US outside of the Permian Basin, the uber-cheap shale hotbed of Texas and New Mexico. Drilling in Alaska, by contrast, is notoriously difficult and expensive to navigate.

“Ultimately it will be an economic decision, and the economics there can be challenging,” said Rob Thummel, a portfolio manager at Tortoise Capital, an energy-focused investment firm.

Thummel said that eventually, if oil demand continues to grow, it could make sense to explore in the Arctic refuge.

But even then, only the biggest oil players with the strongest balance sheets would be able to withstand the huge amounts of time and resources required. That would include oil giants like Chevron (CVX), BP (BP) and ExxonMobil (XOM), which was previously led by Secretary of State Rex Tillerson. Lately, these giants have made spending cut backs.