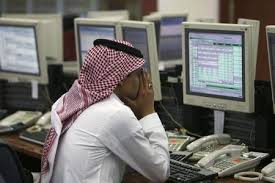 Saudi Arabia’s two largest listed banks were the main drag on the index in early trade on Sunday on news that U.S. insurers have filed a lawsuit against the lenders over the Sept. 11, 2001, attacks, while National Bank of Kuwait rose on strong first quarter results.

Shares of Al Rajhi Bank were down 1.5% and, National Commercial Bank down 2.1% on news that the lawsuit was filed late on Wednesday in the U.S. District Court in Manhattan, by more than two dozen U.S. insurers affiliated with Travelers Cos, in the latest effort to hold entities in Saudi Arabia liable for the attacks.

The two banks, and companies affiliated with Osama bin Laden’s family and several charities are being sued for at least $ 4.2 billion.

The bank attributed the rise in net profit to higher net interest income and income from Islamic financing as a result of strong growth in business volumes.

Dubai’s index extended Thursday’s 0.9% decline and fell 0.3% as 15 shares retreated and only 7 rose. Builder Arabtec, the most traded share, fell 1.6%.

Shares of investment firm GFH Financial Group, however, were up 0.9% after the company said one its units had signed a deal to acquire a U.S. based data center, in partnership with a New York Stock Exchange listed real estate investment trust, with a market value exceeding $ 100 million.

The subsidiary plans to offer the investment for private placement.

In Abu Dhabi, shares of the now largest bank by assets in the United Arab Emirates, First Abu Dhabi Bank, rose 1.4%. Shares of the lender had declined on five of the last six trading sessions on profit taking.