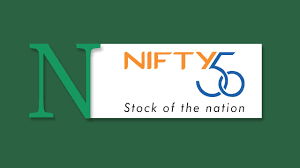 It was a tepid start to the April series, with the Nifty ending flat amid subdued global cues Friday as investors awaited the outcome of GST Council meet due later today. However, the financial year 2016-17 was spectacular not only for benchmarks but also for broader markets and sectoral indices (barring Healthcare & IT).

The 30-share BSE Sensex crossed its earlier record closing high intraday, before ending down 26.92 points at 29,620.50 on profit-booking in banking & financials, FMCG and technology stocks.

However, the sharp rally in Reliance Industries supported the market. The 50-share NSE Nifty close flat for the first time since October 27 (2016), at 9,173.75.

The broader markets outperformed benchmarks not only today but also in FY17, with the Nifty Midcap index rising half a percent and 35 percent, respectively.

Experts say the rally which started in the last three months of FY17 is likely to continue in the next financial year as well, only if the government comes out with a strong solution to non-performing assets and if Q4 earnings beat analysts’ expectations. The upside from hereon could be driven only by global liquidity that pushed the Nifty to record high recently, feel experts who expect the Nifty at 9,300 soon.

“Domestic equity market is likely to gain traction from foreign investors in expectation of improvement in earnings and rollout of GST from July 1,” Vinod Nair of Geojit Financial Services says.

He believes the fall if any will be limited due to the expectation of government’s reforms & growth prospects. Brexit & developments of US President Trump’s policies could weigh the global sentiment, according to him.

Jayant Manglik of Religare Securities says now, all eyes are on the RBI policy meet which is scheduled next week and as a result rate sensitive will continue to trade volatile. He suggests keeping leveraged positions hedged and avoid contrarian trades.

For the week, the Sensex and Nifty gained 0.7 percent each while Nifty Midcap was up 1.6 percent.

Nifty Bank index fell 0.8 percent due to correction in private banks but PSU Bank index gained 0.35 percent on hopes of NPA resolution. SBI rose 0.9 percent whereas HDFC Bank, Axis Bank and ICICI Bank were down around 1.5 percent each.

Metal gained the most among sectoral indices, up over a percent supported by Hindalco, JSPL, Coal India, Tata Steel and NALCO that gained 1-3 percent.

Among others, HDFC, ITC, Infosys, TCS, HUL and Tata Motors were down 0.4-1 percent whereas L&T, Maruti Suzuki and NTPC gained more than 1 percent.

The market breadth was positive as about 1604 shares advanced against 1126 declining shares on the BSE.

Market_Close___31032017
On the global front, European markets were moderately lower on a cabinet reshuffle in South Africa. Asia closed mostly lower ahead of likely top executive orders from US President Donald Trump that will tackle trade deficit and tariff enforcement.