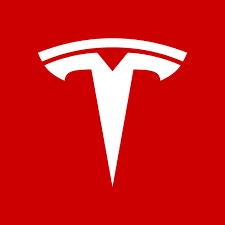 Snap Is Losing More than Tesla and Twitter—Combined

Startups and young companies often talk about the importance of “failing fast.” Here’s one way to do that: Lose $ 2 billion a year—the amount Snap is projected to lose in 2017.

Snap (snap), the parent company of messaging app Snapchat, went public in a much-hyped IPO at the beginning of March, and this week, the company’s Wall Street backers kicked off their coverage of the stock. That has established what’s known as the Street consensus, or the aggregate estimates from more than two dozen stock analysts, for where Snap’s finances are headed.

While the analysts’ reviews have shifted from bearish to more bullish, some of their forecasts are likely to make your eyes, er, snap.

For starters, Wall Street thinks the owner of Snapchat will ring up about $ 1 billion in sales this year, but it doesn’t expect Snap to turn a profit until 2021. And this year, the social media company’s balance sheet is projected to look especially gruesome: The consensus currently calls for Snap to lose more than $ 2 billion in 2017, and some analysts are predicting it will lose $ 3 billion or more. (Those are bottom-line estimates using generally accepted accounting principles, or GAAP.)

To put the sheer magnitude of those losses in perspective, that’s more money than Amazon (amzn), famously unprofitable for the better part of its existence, ever lost in a single year. Amazon’s biggest annual loss ever was $ 1.4 billion, in the year 2000, three years after its IPO. Snap’s top competitor, Facebook (fb), has been profitable for as long as it has been a public company.

Hardly any Fortune 500 companies recorded a loss last year as big as the one Snap is expected to take. A $ 2 billion loss would outdo the $ 1.5 billion Staples (spls) lost in 2016, and nearly equal the $ 2.2 billion that Sears (shld), a company on bankruptcy watch, was in the red. And if you trust Wall Street’s predictions, Snap won’t even have sold enough to be eligible for the Fortune 500, which currently requires minimum revenues of about $ 5.2 billion, for at least another four years.

For those keeping score, $ 2 billion is also more than the expected 2017 losses at Tesla (tsla) ($ 895 million) and Twitter (twtr) ($ 419 million), combined. The only young tech company that is losing money at as high a rate as Snap appears to be ride-sharing startup Uber, and that’s a privately held company dealing in services that extend well beyond the scope of the Internet, with enormous costs to deal with regulatory issues and enter new markets.

None of this has stopped Wall Street from recommending investors load up on Snap stock. According to Thomson Reuters, 41% of the 29 analysts covering the company currently rate it a “buy.” Money-losing tech companies don’t usually get that kind of love: Only 30% of analysts that follow Tesla rate that stock a buy, and only 12% of analysts that cover Twitter do the same.

And even some of the Snap bulls admit that their arguments are often based less on logic or fundamentals than on wishful ideas of a faraway day when Snap will be profitable. Or as Morgan Stanley analyst Brian Nowak put it in a research note this week, Snap stock “trades on different ‘visions'” of eventual “earnings power.”

To get a sense of just how ethereal some of those visions are, here’s how RBC analyst Mark Mahaney described it in his recent note (the ellipsis is his; it doesn’t denote missing words): “Profitability… It’s something Snapchat does not have currently and something they’ve highlighted in their [IPO prospectus] that they may never achieve or maintain.”

No matter. Mahaney estimates Snap will lose $ 3.2 billion this year, yet he gives it a bullish rating of “outperform,” and thinks the stock will go up about 38% to $ 31 over the next 12 months. (Morgan Stanley’s Nowak, for his part, thinks Snap stock could rise 24% to $ 28 a share over that span, though he agrees it will lose more than $ 3 billion this year.)

To be fair, much of Snap’s expected loss will come from a one-time charge this quarter for stock compensation and the $ 822 million bonus paid to CEO Evan Spiegel for taking the company public. Those charges alone will amount to $ 2 billion, an extremely large allotment for stock compensation even by the standards of the tech industry, which often pays its employees with equity. For comparison, it’s about as much as Amazon paid in stock compensation last year, and Amazon has 183 times as many employees as Snap, which has only 1,859.

Granting employees equity doesn’t exactly burn cash the way that, say, hiring people by the hundreds does—although Snap is also doing that, having tripled its workforce last year as it strives to grow revenue. But the Snapchat maker also has some unique ways of operating that will contribute to heavy losses.

Snap is unusually reliant on cloud computing services from Google (googl) and Amazon, outsourcing needs such as servers and storage rather than handling them in-house. Over the next five years, Snap will spend almost $ 3.5 billion on these cloud services, according to Jefferies. The firm’s analysts add: “This will put near term pressure on cash.”

Indeed, it’s easy to see why such large expenses could become a problem for Snap. The company only has a little under $ 3.4 billion in cash on hand, including the $ 2.4 billion it raised in proceeds from the IPO, after paying its bankers. That’s why some, including Fortune’s Shawn Tully, have argued that Snap made a potentially fatal error by pricing its IPO at $ 17, well below what the market was willing to pay for it (above $ 24 a share its first day trading). That pricing gap meant that Snap effectively left $ 1.2 billion on the table, money that could instead be shoring up Snap’s fast-dwindling coffers.

In order for Snap to survive without being forced to raise more capital, it needs to grow its sales very, very quickly. Wall Street has already taken it as a given that Snap will more than double its revenues, which were about $ 404 million in 2016, to $ 1 billion this year. But in 2021, when analysts are currently counting on Snap to swing to its very first profit—of $ 512 million—they are also projecting it will make about $ 7.4 billion in sales.

In other words, Wall Street is convinced the creator of Snapchat, which up until 2015 didn’t have any sales at all, will be big enough to make the Fortune 500 by the time it turns 10 years old. That’s not completely unheard of; Facebook had enough revenues in 2012, the same year it went public, to qualify for the Fortune 500, and it was only eight years old at the time.

All Snap has to do to meet Wall Street’s expectation is grow its revenue more than 18 times in the next five years, a rate faster than just about any tech company on the market is growing right now. And that’s important, because analysts aren’t valuing the stock—which currently trades at about 26 times expected 2017 sales, making it more expensive than virtually all of its peers—on how much the company will make this year, but on how much they think it will make years down the line. If Snap can’t get there, or falls behind in its progress towards that goal, all those “buy” ratings will go out the window, and investors will surely sell.